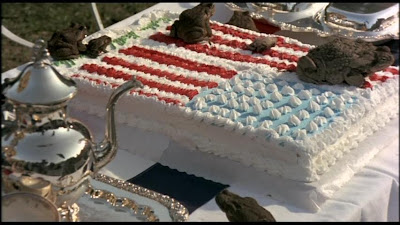 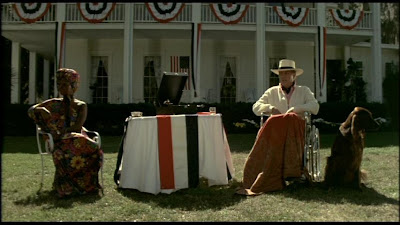 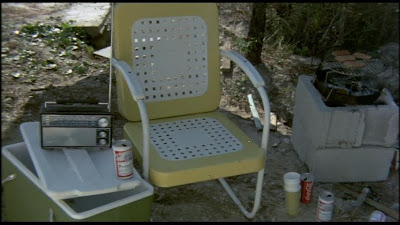 I've never seen Frogs but it doesn't look the Frogs are very scary or actually kill anyone.

I'm late to dinner on this DWMJ post but I just had to chime in with my childhood fright over Frogs!
Lots of movies scared me as a kid but they were usually of the sort with a specific big bad monster... a vampire, a ghost, zombies. Frogs was my first experience of a less focused, omnipresent feeling of dread... there isn't some monster the hero can vanquish... there's not a logical reason for what's going on... it's just this malevolent creeping, crawling doom that you can't escape from because it's everywhere and nowhere in particular.
Frogs scared me but it also put my kid-sized brain into a sort of existential downer for good long while.
I think it has a lot of the 'weird' that I later found compelling in H.P. Lovecraft's stories... that uncanny sense of things not being 'right' and realizing that your sense of 'right' was just an delusion anyhow.

Good choice for the 4th!

Glad you approve, Knob! Frogs is a neat little movie in my book - although it's probably best first experienced at a young age.