The Dying Dream Of John Matrix 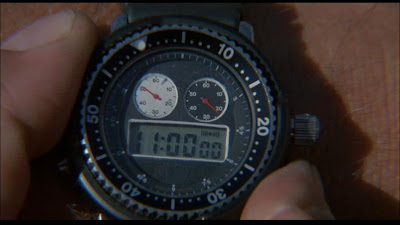 Eleven hours: that's the time that retired Special Forces operative John Matrix has to locate and rescue his young daughter Jenny from her kidnappers before they get wise to the fact that this legendary bad-ass and gigantic motherfucker has bailed on the assassination mission that they've sent him on. It's an impossible time table but if anyone can pull it off, it's Matrix - a man so tough he eats Green Berets for breakfast.

Anyone who knows '80s action cinema is familiar with the tale of John Matrix, played to a muscle-bound "T" by Arnold Schwarzenegger in the classic Commando (1985). Matrix was a man retired from killing the people that his country told him to kill and was enjoying an idyllic existence with Jenny (Alyssa Milano), letting her shove ice cream in his face and feeding deer that strolled onto their rustic property. However, when his violent past comes back to haunt him in the form of one of his ex-team members, Bennett (Vernon Wells), Matrix has to put his skills to work again for Jenny's sake.

With Jenny being held hostage to ensure that Matrix will assassinate a South American dictator in the name of placing the warlord that Matrix previously helped overthrow - Arius (Dan Hedaya) - back in power, the clock is ticking. Matrix boards a plane to Vel Verde with one of Arius' goons as an escort while another goon, Sully (David Patrick Kelly), watches from the ground to verify that the plane is in the air with Matrix on it. 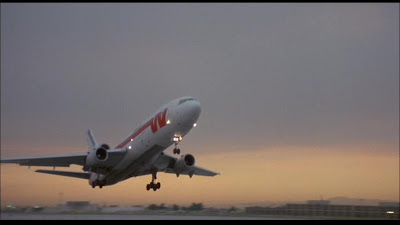 As the plane leaves the runway without incident, Sully is satisfied that the bird has flown and moves on to more pressing matters - like making obnoxious come-ons to Cindy (Rae Dawn Chong), the attractive flight attendant who's caught his eye. What Sully doesn't know is that Matrix has killed his escort and made his way to the plane's landing gear and before the wheels have retracted into the plane, Matrix makes a spectacular leap into some marshes below where he emerges wet but unharmed and ready to visit some payback on Arius and his crew. 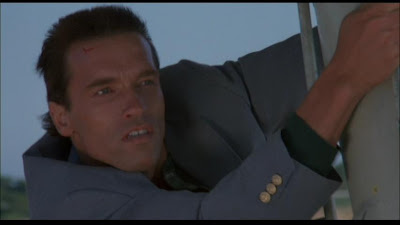 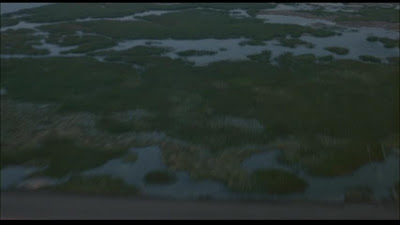 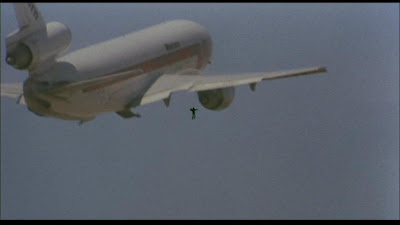 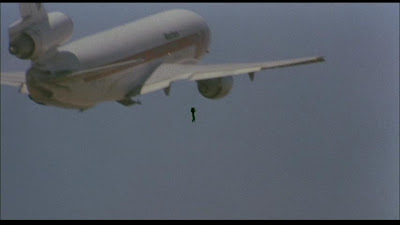 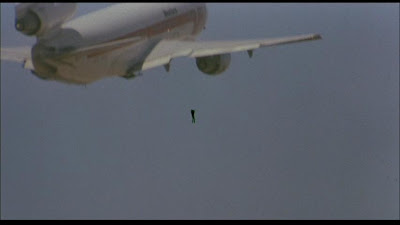 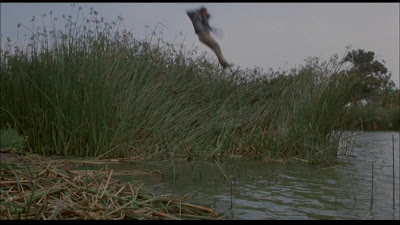 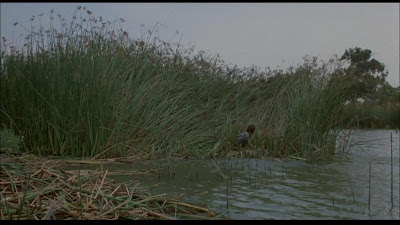 The rest of Commando is a full-course of carnage as Matrix works his way through Arius and his minions in his signature style until he wipes Bennett, his ultimate adversary, off the face of the Earth. Matrix has completed his last mission with a double-digit body count to show for it and he leaves the South American shit hole of Vel Verde with Jenny in tow. 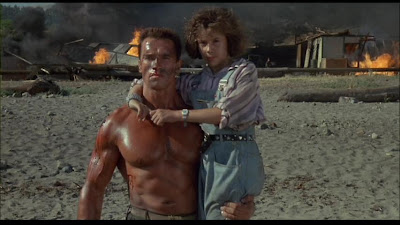 But what if Commando wasn't about a conquering hero? 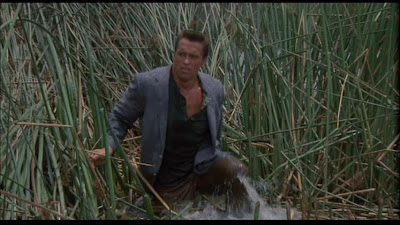 Yes, it sure looks like Matrix makes it out of the water without injury. But then again, you could say the same about these two characters, as well: 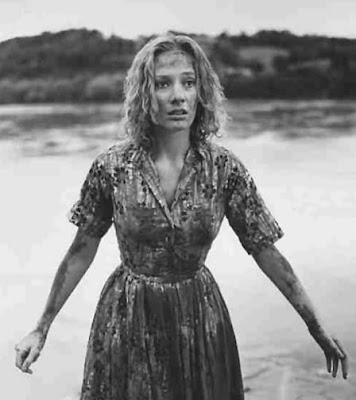 Watching Matrix take his epic plunge from the plane again, it suddenly occurred to me that Commando was perfectly set up to be turned into an Occurrence at Owl Creek Bridge/Carnival of Souls-style tale. What kind of mind fuck it would've been for audiences to discover that Matrix didn't quite land the way he'd hoped? Maybe he knocked himself out and drowned in the marsh. Maybe he missed the safety of the marsh altogether. Or maybe no matter where or how you land, falling from hundreds of feet in the air is fatal.

Of course, it would be kind of a bummer ending if Commando went that way. I mean, what about poor Jenny? Things wouldn't end well for her. And if Matrix didn't survive his jump, that would mean that Sully, Bennett, and Arius got away free and clear instead of getting deservedly slaughtered at the hands of Matrix. But look at it this way - in the end, no one ever really gets away.

Like Confederate sympathizer Peyton Farquhar, like church organist Mary Henry, and like John Matrix, we're all only flesh and blood. It's what makes all our struggles, great and small, so poignant. 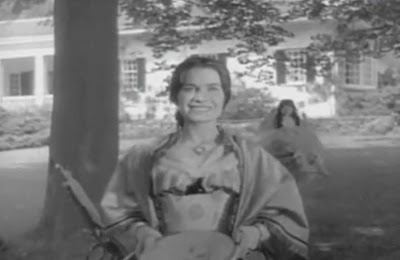 I will never be able to watch Commando the same way ever again! :) That was pretty creative!