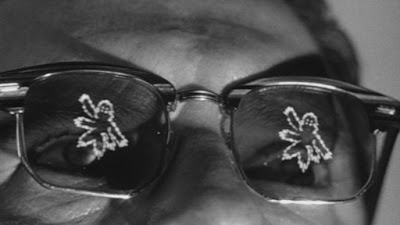 One of my favorite online destinations over the past few months has been A Thriller A Day, a blog dedicated to reviewing each and every episode of the 60's anthology classic Thriller. I haven't been able to keep up with watching all the episodes but I have followed every blog entry and the accompanying comments, which are just as informative and entertaining as the main posts - thanks to the invaluable input of such knowledgeable types as Gary Gerani, Tom Weaver, and Tim Lucas and to the always genial tone of the discussion, even when it comes to disagreements over sacred cows like "Pigeons from Hell."

Masterminded by Peter Enfantino and John Scoleri, ATAD is something of an anomaly in the internet world - smart, free of snarkiness, and open to contrary opinions. I'd become so attached to ATAD, I was dreading its end - and not just because the end-run of Thrillers had a notorious reputation of being a poor conclusion to the series (a reputation that Enfantino and Scoleri happily found to be only semi-true).

I'm really looking forward to this. The Outer Limits is more familiar ground to me than Thriller but I have yet to watch every single episode. Not long ago, I treated myself to the box set in anticipation of one day diving into the entire series. I haven't gotten around to it yet but We Are Controlling Transmission is the perfect incentive to do so. With less duds in its roster than Thriller, following The Outer Limits and its trademark "bears" - the monsters that the series was famous for - with Enfantino, Scoleri, Schow, and co. ought to be a great adventure, full of awe and mystery.

Thanks for the kind words about Thriller-a-Day and getting the word out about the new Outer Limits blog. I would like to correct you on one matter however: you say that everything stayed less than snarky and no one got violent. The house that I used to live in (and was burnt to the ground the day after our review of Pigeons From Hell ran) stands...well, stood as testament that, even with old men like the "Griffith Park Crips," you don't mess with nostalgia!

That is true, Peter. The wrath of aging baby boomers knows no bounds! A shame about your old house - I can only imagine what would've happened if you and John had trash-talked The Grim Reaper or The Incredible Doctor Markesan!

Can't wait for the OL blog to get rolling - I'll try to jump in more on the comments this time around!