When There's No More Room In Whitewood, The Dead Will Walk The Earth 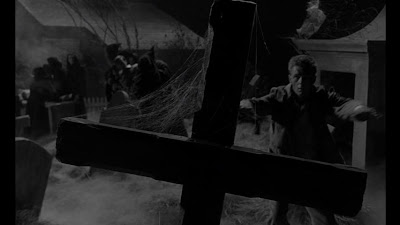 At the climax of 1960's witchcraft thriller The City of the Dead (aka Horror Hotel), things don't look too sunny for the forces of good. The witches that have ruled the secluded town of Whitewood, Massachusetts for centuries have gotten the best of our heroes. 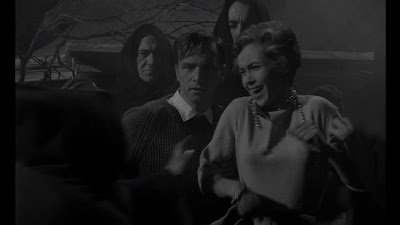 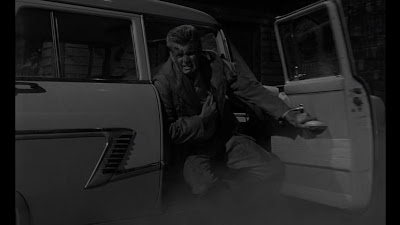 As the two struggle in the town's cemetery with their black robed opponents, Nan's brother Tom (Bill Maitland) arrives - much the worse for wear, having experienced a supernaturally-induced car wreck on the way into Whitewood. 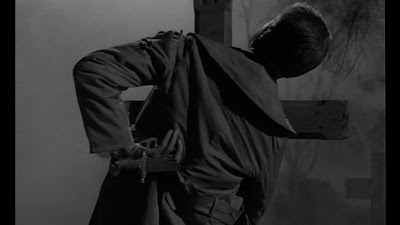 Staggering among the gravestones, half dead already, and in no condition to fight a coven of witches on his own, Tom is quickly dealt a fatal blow by a dagger thrown by the coven's wicked leader, Elizabeth Selwyn (Patricia Jessell). 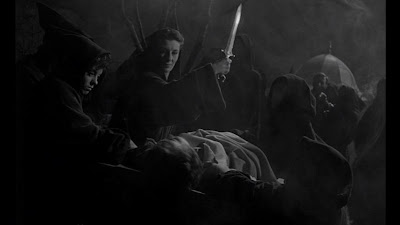 The coven then turns their attention back to Richard and Betta but Tom isn't taking his death lying down. He gets to his feet, rips a cross out of the ground and uses its shadow as a holy weapon to torch the members of the coven. But the movie never answers the question of whether we're watching Tom use every last bit of life in his body to vanquish the witches that murdered his sister (even though he dies not being aware of the details of Nan's death) or whether he died before he even hit the ground and we're seeing Tom as an undead avenger.

I like to think it's the latter. But look and decide for yourself: 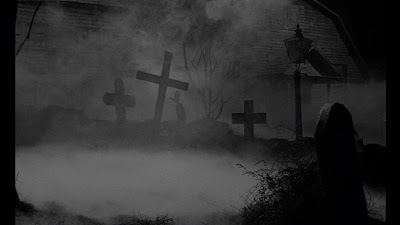 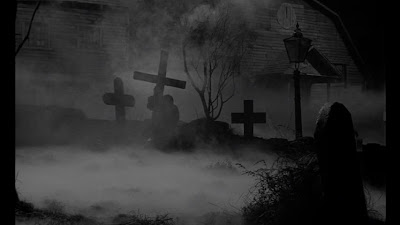 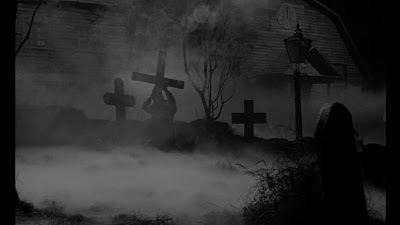 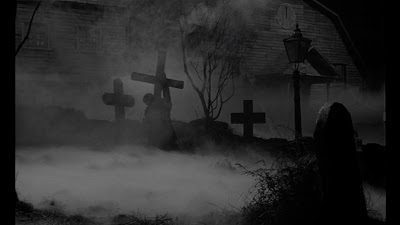 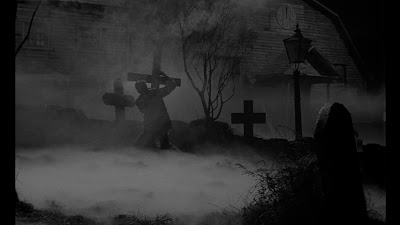 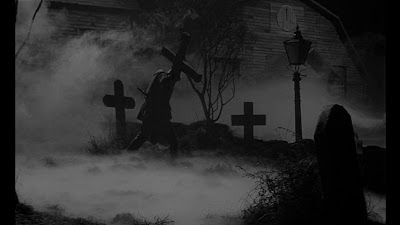 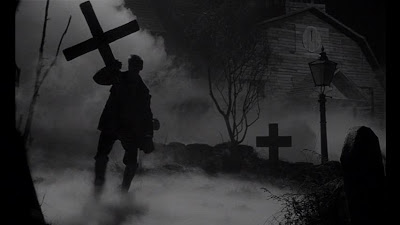 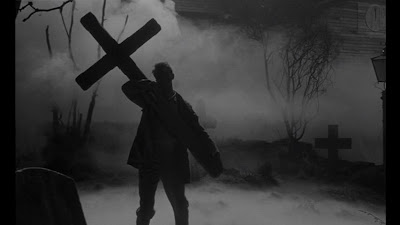 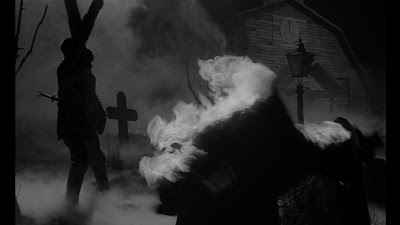 Living or The Living Dead? Only Tom's undertaker knows for sure. 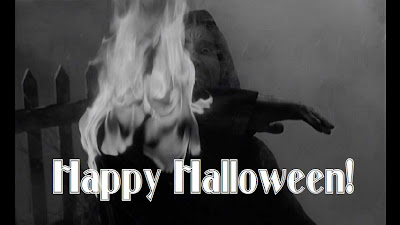 Even though I'm pretty non-religious, I still prefer my horror movies to show traditional religion having power over the forces of evil. The whole post-modern vampire thing where either crosses don't work at all, or it depends on whether the wielder believes or not just doesn't do it for me (except for the Jewish vampire gag in Polanski's 'Fearless Vampire Killers'). And yeah, I'd like to think he's an undead avenger for the Lord, even if I'd never buy it in real life.

I used to be a hardline atheist but I've mellowed into an open-minded agnostic, willing to accept that life is full of mysteries without needing any answers to those mysteries. But even in my most non-believer days, I always loved the use of religious iconography in horror films. It just works for me, despite not having any use for that stuff in the real world.