Maybe Showers Remind Me Of Psycho Too Much 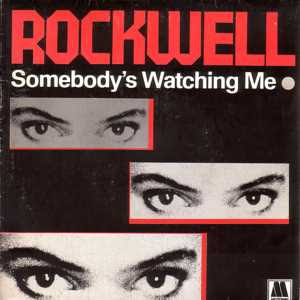 Among Michael Jackson's long list of professional accomplishments, it's understandable that his gig singing background vocals on Rockwell's 1984 hit "Somebody's Watching Me" may be all but totally forgotten (it's no "We Are The World," after all). However, while this wasn't a Jackson song (long before 1984, it would've been impossible for Jackson to sing a song that describes himself as "an average man with an average life" - although as the son of Motown CEO Berry Gordy Jr., Rockwell was stretching it himself) its lines about paranoia and invasion of privacy seem prescient towards Jackson's increasingly fame-addled life.

What's more, the creepy video that accompanied "Somebody's Watching Me" remains a horror highlight of early MTV. Despite being made with a clearly low budget (it utilizes cardboard gravestones that Ed Wood would've admired), and despite its tongue-in-cheek chills (beware the mailman!), it's also sprinkled with some inventively eerie imagery (I love the dancing figure in a black hat and shroud that spins and twirls outside Rockwell's shower curtain), and surreal surprises that wouldn't be out of place in a David Lynch film (what's the dilly yo with the armadillo?) that suggest an affinity for the horror genre on the part of the director. While "Somebody's Watching Me" was only a footnote in Jackson's career, it's easy to imagine that he often had to ask himself "why do I always feel like I'm in The Twilight Zone?"

I remember really liking this video when I was a kid. For a while I was convinced it was somehow a tie-in to a new horror movie that was coming out.

It's a cool video - I loved the horror-heavy angle of so much of MTV back in the day.