Of Pandorum And Posters 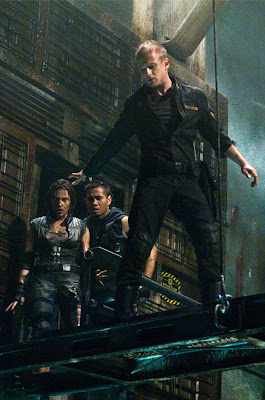 When writing my review of the new sci-fi horror film Pandorum, I felt I had to note how poorly I thought the movie was marketed. The final one-sheet for the film was terrible - just a man in darkness peeling the skin off his arm. As a stand-alone image, it's kind of gross but not in a "I want to see more" way - unless you're the kind of person who's automatically going to see any genre film regardless of how it looks up front. Or unless you're really jacked to see some skin peeling.

But after posting my review, I was reminded that there were a series of teaser posters for Pandorum that took a much more funky, surreal approach: 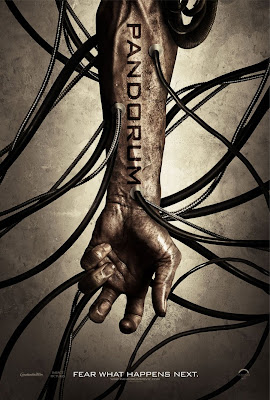 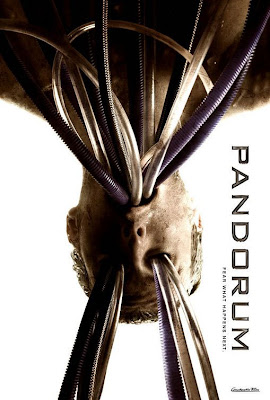 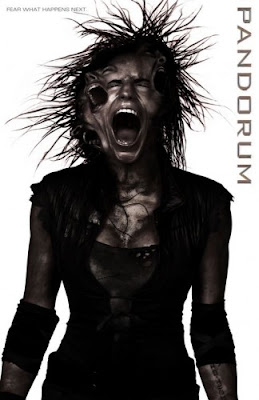 I don't know if these were any more enticing to the average moviegoer (probably not - and doesn't that last one look like Aerosmith's Steven Tyler?) but I do think they were more eye-catching, at least. But the fact that they vanished from theater lobbies to make room for this: 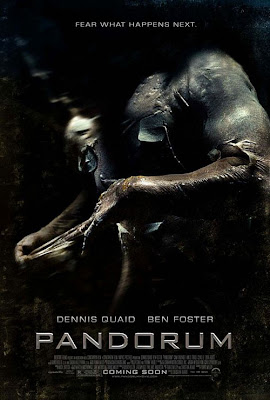 ...wasn't a great move. Having seen the movie, I think it's a shame that they couldn't figure out a better way to sell what's actually a pretty cool film. Of course, it wouldn't be the first time a worthwhile movie went ignored in theaters but Pandorum seems to have invited failure more than most. Click over to Shock Till You Drop to read my full review.
Posted by Jeff Allard at 4:06 AM

Email ThisBlogThis!Share to TwitterShare to FacebookShare to Pinterest
Labels: Pandorum

So true about that final poster. I stared at if for a long time before I could even figure out what it was. Even worse, the film has so many strong images to choose from that they ignored. I really liked Pandorum. The twists really work and don't feel pushed and as derivative as it's playing field seems at first, it does a great job of adding its own signature. I was so afraid that they would botch it up at the end but everything fell right into place.-Unk

Yeah, I thought it was a really strong, well directed movie. I'll definitely be watching whatever movies Alvart does in the future.

it was great movie . no doubt many of movie lovers will agree with me. it was amazing to watch that horrific faces. omg, i could not speak while i watching movie.