This Used To Be My Playground 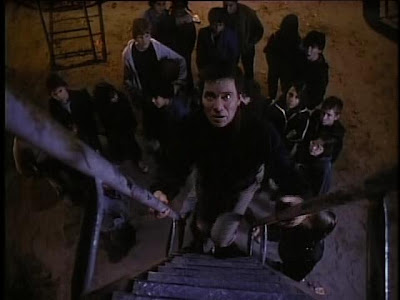 I hate seeing that sad sack "Looking For Work" post hanging around at the top of the page so I'm taking the joyous occasion of William Shatner's 80th birthday to knock it down. While Shatner's long and storied career enjoyed a rebirth when he began to take a self-effacing attitude towards his much-imitated mannerisms, I've always taken Shatner seriously. What some may see as hammy, I see as passionate. What some may see as ripe for parody, I see as iconic.

Most associated (obviously) with sci-fi, Shatner's got plenty of horror credentials on his resume as well - most notably the features Incubus (1966), The Devil's Rain (1975) and Kingdom of the Spiders (1977). He also starred in two of the most memorable episodes of The Twilight Zone - "Nick of Time" and "Nightmare at 20,000 Feet."

Today, though, I'd like to give a shout-out to a 1985 episode of The Ray Bradbury Theater, titled "The Playground." 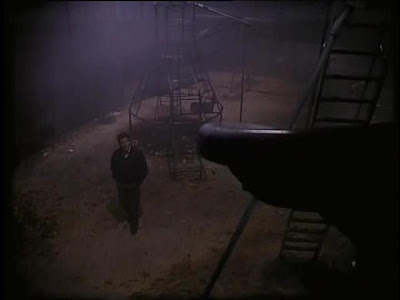 Based on a short story originally printed in the October 1953 issue of Esquire Magazine, "The Playground" was adapted by Bradbury himself, directed by William Fruet (Funeral Home) and starred Shatner as Charlie Underhill, a widower doing his best to raise his young son Steve (Keith Dutson). 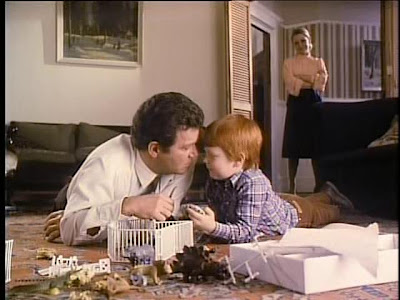 Traumatized by the incidents of childhood bullying he endured, Charlie is an overprotective father, keeping Steve - who is five - away from the neighborhood playground. Chastised by his sister Carol (Kate Trotter) for not letting Charlie develop like a normal boy, Charlie is pressured to bring Steve to the playground. 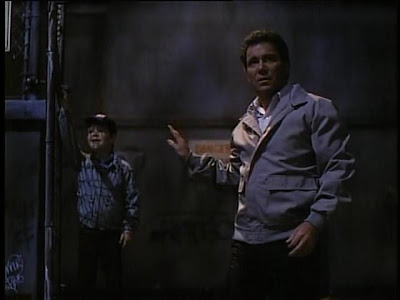 In Charlie's eyes, though, the playground is everything he remembered - and feared. It's a filthy pit filled with feral children. 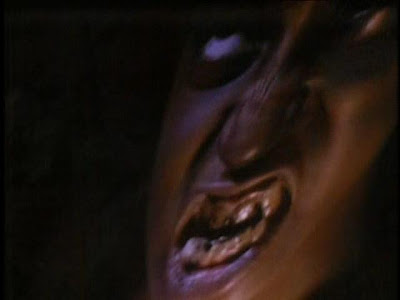 But is Charlie seeing reality or is he simply incapable of seeing anything but malevolence in these kids? When Charlie sees his boyhood nemesis, Ralph, frozen in time as a child, still stalking the playground, still taunting Charlie, it seems as if there really is more to this playground than just Charlie's bad memories. 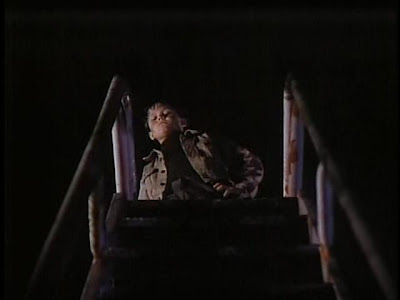 Shatner's performance in "The Playground" doesn't feature much in the way of notable "Shatner-isms" (save for briefly breaking out some agonized expressions during the climax) but he has a nice chemistry with his onscreen son and the aura of middle-aged melancholy he projects is effective. At a time when Shatner was typically seen in full-on hero role - either as Kirk in the big screen continuation of the Star Trek series or as gung-ho cop T.J. Hooker on TV - the role of fearful, insecure Charlie Underhill was a well-acted change of pace. 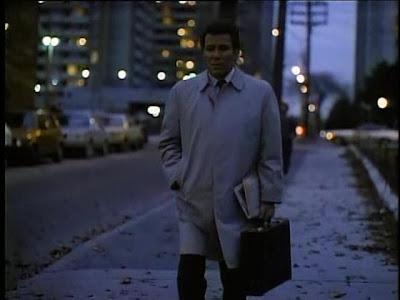 As a study of the lengths that parents will go to keep their children safe from harm, "The Playground" is laced with poignancy. At one point, Charlie asks the question at the heart of this story: "How do you raise a boy?" It's assumed in our culture that boys shouldn't be coddled, that they should learn how to fight for themselves. But for Charlie, the idea of Steve having to endure the same abuse that he had is unacceptable. He'll do anything he can to get between Steve and a brutal world. While Charlie could've easily come off as a irritating worry wart, Shatner keeps the character sympathetic. 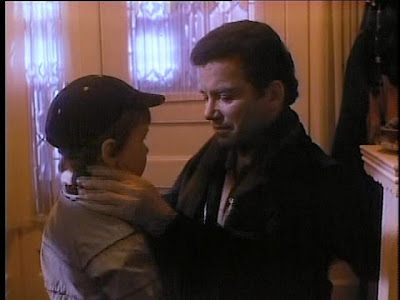 Charlie's tenderness towards his son and his still-vivid anguish over his own boyhood torments makes "The Playground" endure as one of Shatner's most admirably low-key efforts. 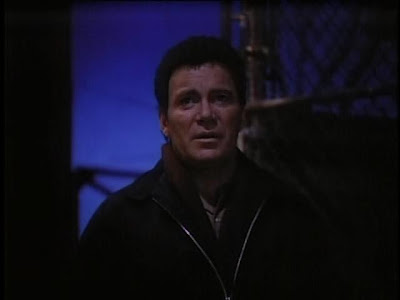 Hey now, glad to see a new post. I've seen the long hard months of unemployment and a diversion into the entertainment realm is always a nice relief. Keep at it. The jobs always seem to come when you least expect it.

Thanks, RP! As distressed as I am about the job situation, I realize that I can't spend all my time worrying about it. I've felt guilty lately about diverting my attention to trivialities but those trivialities are what keeps us going sometimes.

My friend Rob, who writes a blog on comics, also mentioned this show for Shatner's birthday.

I'm mostly familiar with Shatner's sort of work in thrillers, like Visiting Hours and The Babysitter (which I think was remade recently, I've seen it pop up on Netflix). The Babysitter is sort of a proto-Poison Ivy.

I remember seeing The Babysitter as a TV movie that aired on ABC in the early '80s. I haven't watched it since then but I'd love to check it out again!