Death Has Never Been Closer 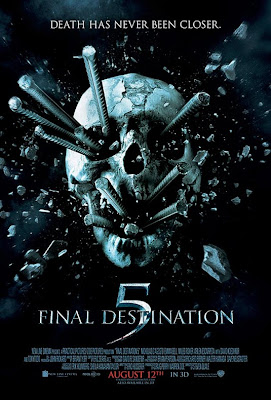 Call me a sentimentalist but my favorite horror franchises remain the ones that I followed as a teen in the '80s. The one modern day franchise that comes the closest to competing with Friday the 13th or Child's Play for my affection, however, is Final Destination.

Over ten years since the series made its debut with the sleeper success of the James Wong/Glen Morgan original, these films continue to get a lot of flack, not just from critics but also from plenty of horror fans who think the movies are too simple and formulaic. But that's exactly why I love them - they're disreputable, formulaic, junked-up horror movies that cater to their fanbase and to no one else. You could say Saw fits that description, too, but the Saw films are too self-serious (while being empty-headed) to be any fun and their convoluted plotting guarantees that there's no scares to be had.

Final Destination, on the other hand, isn't bogged down with any bullshit. Like the early Friday the 13th films, every subsequent FD is pretty much the same as all the ones before it. Some people label that as a flaw but not me, man. Some franchises can cut loose a little and sometimes it works but in general when it comes to horror sequels, the less each sequel deviates from its predecessors, the better. Friday the 13th was the greatest horror franchise of the '80s because it was the one that went the longest without getting in its own way. For years, they stayed on point. That series only ran into trouble when they stopped making every movie a carbon copy of the last one. There's a little tweaking of the formula in this latest FD - wherein we learn that if someone who was meant to die kills someone they themselves will be spared by Death - but it could be a promising twist to the series' mythology (anything that causes more mayhem is a good thing) and in all other respects it looks like everything fans have come to expect will be served up in spades.

After a long horror drought, there's a lot of genre fare opening next month, including the much-anticipated Guillermo del Toro-produced remake of Don't Be Afraid of the Dark, but Final Destination 5 is my top pick.

Yes, it's going to have a lot of competition in theaters. But as the characters in each Final Destination discover, it's never wise to bet against Death. 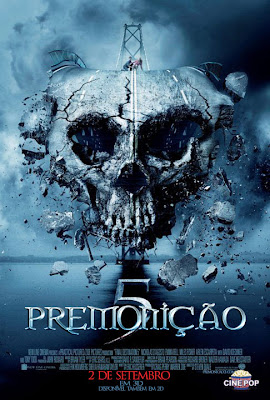 I enjoy these films, too. Nothing wrong with having something follow a formula or pattern. It can still be fun to watch and wonder what's going to happen in this one. I, for one, am all for it!

I like the first two FINAL DESTINATION films but after they killed off Ali Larter's character, I lost interest. ; )

I think that the problem with subsequent sequels is the laws of diminishing returns and the quality has gotten worse and worse with increasingly generic actors and a whiff of desperation as each new film tries to top the previous one with inventive, gory kill set pieces.

The problem with that is after awhile it gets tiresome. They need to mix things up a little. Hell, at least FRIDAY THE 13th series finally got Jason off the camp grounds and in NYC and outer space (?!).

Joe, glad you're psyched for another FD too!

J.D., I have a soft spot for the latter-day Friday sequels but I think the producers would've been better off not going so far afield from the same old, same old. It might not make for challenging cinema but I look at it like this - when I bite into a Big Mac, I don't want any surprises. I want it to taste just like the five hundred other Big Macs I've previously devoured.