In a different world, we would have already seen director Nia DaCosta's Candyman remake by now. It was originally meant to premiere in June, then was pushed to this October, and now is scheduled to hit theaters in August of next year. Will the world be in a better - or at least a more normal - place by then? Will theaters be busy again with new releases? We'll see. As we know, everything is so tenuous and uncertain the these days.
When it comes to Candyman, all we have for now is this effective trailer:
I'll admit, I was highly skeptical of a Candyman remake or reboot (although I guess this is actually more of a sequel of sorts) but this trailer immediately turned me around on that. 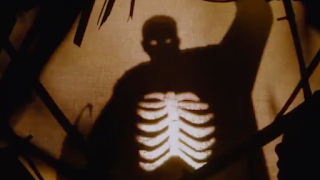 Candyman, as a franchise, always had a tough time replicating the success of Bernard Rose's original. Both 1995's Farewell to the Flesh or 1999's Day of the Dead were weak follow-ups so the prospect of a new Candyman seemed likely to be yet another so-so entry. And, for all we know, it still might be.
But hey, you gotta say the trailer looks extremely promising, right?

Sure, that's what trailers do - convince us to part with our money for the cost of a ticket. Even when they have to deceive us about the movie in question. But I always like to take the optimistic view. No matter how many times I get burned by a horror trailer, it doesn't stop me from getting excited all over again for another new movie. 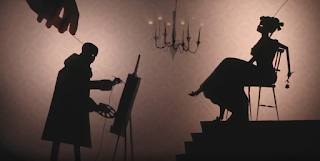 At this point, of course, the idea of getting excited for a new movie in the theaters seems like something of a distant memory. There's so much real tragedy attached to the pandemic that whining about the lack of movies on the big screen is just a trivial concern but yet it's these trivial distractions in our lives, those reliable sources of escapism, that are often able to buoy our spirits in tough times. 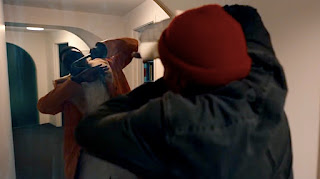 I know that a lot of people are happy streaming and maybe for them not going to the movies on a regular basis doesn't feel like much of a loss. But to me it does. Even if these delayed movies, like Candyman, were released to streaming, it just wouldn't be the same for me.
I like the ritual of going to the theater, I like the experience of seeing a movie on a big screen, with a crowd. Without it, life feels a bit, well, empty.

Whether or not I end up liking the new Candyman, if I do see it on the big screen, I know I will consider the experience to be a sweet one.
Posted by Jeff Allard at 9:49 AM

Hmmm... I was never a big fan of the original Candyman. Mostly because I liked the original Clive Barker story and couldn't quite get past the movie changing the premise from a boogeyman conjured from the collective imagination into a vengeful ghost... which meant we had to get caught up in Candyman's backstory, romance and whatnot... whereas the monster in the story had no real existence outside of people's belief in him.

I'm always on the fence about Jordan Peele too... liking a big chunk of Us and Get Out... but never quite the whole thing... like a pie with a fly in it.

Still, I'm willing to give this new one a try. At least it looks visually interesting.

Yeah, it looks like they put some thought and care into it. We'll have to wait and see what comes of it!