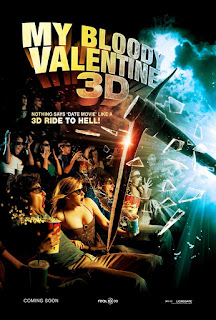 A lot of times I find that modern attempts to recapture the slasher heyday of the '80s fall flat. It's just a vibe that isn't easy to nail and seem authentic rather than second hand. One notable exception, in my book, is 2009's My Bloody Valentine remake. The original is one of my favorites and yet I find the remake to be a completely satisfying update, boasting some wonderfully nasty creative kills that would have made it a legendary gore flick had it come out in the early '80s.

One of the best aspects of My Bloody Valentine '09, though - the element that it was primarily marketed on - is sadly lost on home viewings. This was a movie that really had to be seen in the theater in order to get the full effect. 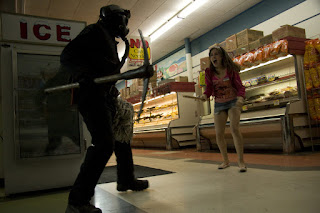 This was the first horror movie to utilize the new 3D technology that was ushered in with 2007's Beowulf and this trailer goes all out to hype the exciting novelty of seeing a modern horror movie in 3D:

Cinema snobs typically label 3D as a cheap gimmick but I say screw that. Anything that makes for a more exciting experience should be used to its full potential. I'm sure back when color was introduced to film, some wet blankets probably rolled their eyes and saw it as just pandering to people who needed too much to hold their interest.

I say not only is there no shame in milking 3D for all its worth, I say it's a crime against the audience if you don't! When this trailer shows me Harry Warden hurling his pick axe over an audience, I say that's a ride I want to take!

To its credit, this movie absolutely goes all out to squeeze everything it can out of the 3D format - perhaps more than any modern 3D horror movie has since (although I remember Final Destination 5 being very solid in this regard). And it's not just about objects flying at the screen, it's about using depth, too. Director Patrick Lussier is consistently ingenious in finding ways to immerse viewers in the action, like having a victim holding a spring bed frame between themselves and Harry Warden as he swings his pick axe. 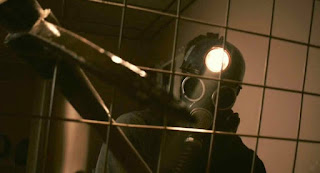 Some might say that the 3D format is long played out, that the novelty isn't there anymore. I say not even close. I think too few filmmakers have even tried using 3D to its best potential, with My Bloody Valentine being one of the exceptions. When the theatrical experience eventually comes back, as I fully believe it will, I think 3D could be one way to entice audiences back.

Watching the My Bloody Valentine 3D trailer is a reminder that there's just some experiences that you can't have sitting at home. 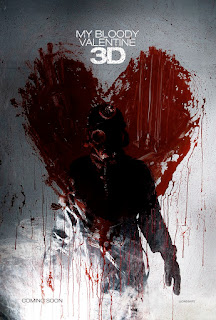 Loved this remake! And I loved the F13 remake around the same time. Both were good takes on the originals. Wish they had gotten sequels of their own instead of just one-and-done.

Yeah, it's kind of a bummer that neither version of MBV got a sequel. Doesn't make sense, especially with how well the remake did. But oh well. Whaddya gonna do? And I agree, the Friday remake from '09 was a lot of fun. Talk about another movie that deserved a sequel!