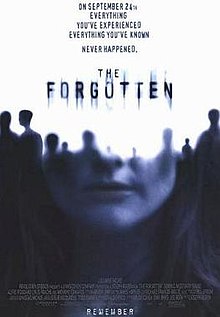 It's a weird thing that, somehow, the early 00's seem like a far more ancient, mist-enshrouded time to me than the '90s and even the '80s do. Maybe it's because I spend so much time revisiting the films and TV shows of the '80s and '90s that those years are still somehow able to seem "current" to me whereas I hardly give the 00's much thought and when I am occasionally reminded of a film from that era it seems like unearthing a relic from a lost, long ago age.
Case in point, ironically, is 2004's The Forgotten. This trailer was on a DVD for another movie that I recently watched and as soon as it came up it was shocking to be suddenly reminded that it ever existed.
I probably haven't thought about this movie since seeing this in the theaters back in '04. Never mind probably, I can guarantee I haven't.
Even seeing the trailer again, I couldn't recall a thing about what the big reveal in the film was, how people's memories were being taken from them or why. 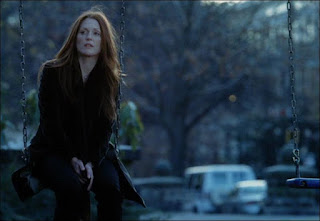 I'm guessing it wasn't a very good movie but *checks Wikipedia* oh, man, it was directed by Joseph Ruben, who directed some of my favorites, like Dreamscape and The Stepfather. And with Julianne Moore, Anthony Edwards and Gary Sinise, it certainly has the kind of cast that would give anyone hope that they were going to see a quality movie. But, *checks Wikipedia again* yeeeah, I just read the synopsis and I can see why this one didn't stick with me. It's a safe bet that I walked out of this one disappointed, vowing never to think of it again. What a letdown this must have been after the trailer!
Maybe some movies should exist only as trailers. So many mediocre-to-bad movies have such cool and intriguing trailers that it's a shame that seeing the actual movie causes them to evaporate from memory entirely, after months of anticipation.
There's such a Schrodinger's Cat thing with trailers, isn't there? If we never looked at the movies themselves, the movie that the trailer conjures in our imagination would forever be a living thing. But often times, as soon as we see the movie, we discover that what we were so excited for was already dead long before the first trailer was cut.
That just makes me love trailers all the more, honestly. They may occasionally trick you into getting your hopes up but, in the end, these disappointments are easily forgotten. So much so that, years later, you may be surprised to be reminded that they ever happened at all. 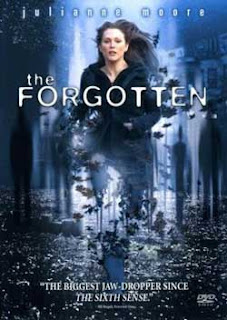