A Rat For Turkey Day 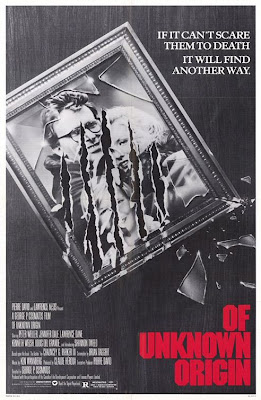 In most North American households today, the meat of choice will be turkey. But can I suggest making room for some prime rat on this day of thanks? Specifically, I'm thinking of the rampaging rodent that wreaks havoc in 1983's Of Unknown Origin. 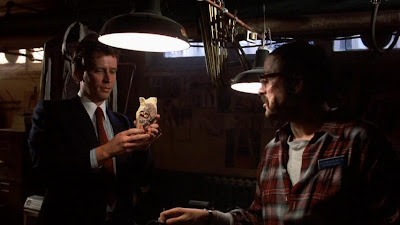 Of Unknown Origin stars a pre-Buckaroo Banzai, pre-Robocop Peter Weller as Bart Hughes, a young and ambitious Wall Street banker living large in a Manhattan brownstone (although the movie was actually filmed in Montreal, Quebec) with his trophy wife Meg (Shannon Tweed, now Mrs. Gene Simmons) and young son Peter (Leif Anderson). As proficient as Bart is at navigating the professional rat race, he finds himself tested with the real deal when Meg and Peter travel to Vermont to visit family, leaving a work-strapped Bart home alone with an unexpected and unwanted visitor. 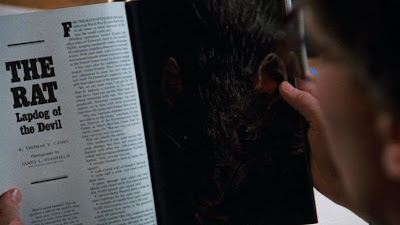 As Bart struggles to deliver on an important work assignment that could vault his career to the next level, he discovers that his upscale home is infested with a rat. And not just any rat but a Total Asshole Rat that fucks with Bart at every turn. Bart's guest initially just seems like a major nuisance, first announcing its presence by chewing through the drain hose in the dishwasher, causing a flood in the kitchen. But soon it's clear that this rat has a real hate-on for Bart. Unwilling to call in an exterminator - a move that will surely result in his home (which Bart renovated from the ground up) being trashed - Bart takes matters into his own hands. 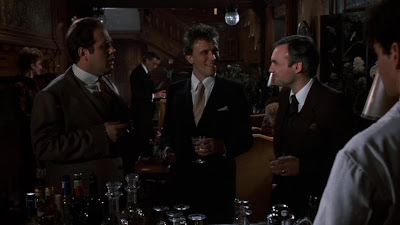 Naturally, this rat proves difficult to kill. And as one attempt after another fails to produce a dead rat, the rat's counterattacks against Bart escalate in return. Immersing himself in all things Rat, Bart soon becomes the kind of person who can't even attend a posh dinner party without turning the conversation into a long lecture on Rattus norvegicus. 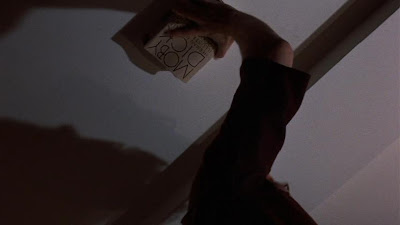 At one point late in the film, a copy of Herman Melville's Moby Dick makes an appearance - an unsubtle nod to Bart's growing Ahab-like obsession. By the climax, full-on war between man and rodent has been declared but in the end, only one can be the big cheese. 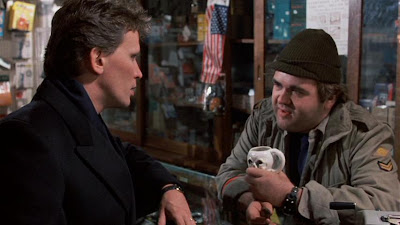 Directed by George P. Cosmatos (Cobra), Of Unknown Origin was adapted by Brian Taggert from the book The Visitor by Chauncey G. Parker III. Even though the film is largely a one-man show with most scenes involving Weller alone in his home, when Bart does venture out to go to work or to solicit professional advice on rat disposal, plenty of familiar faces are on hand. Besides Tweed, there's Lawrence Dane (Scannners), Kenneth Walsh (Twin Peaks), Keith Knight (My Bloody Valentine), and Maury Chaykin (War Games). 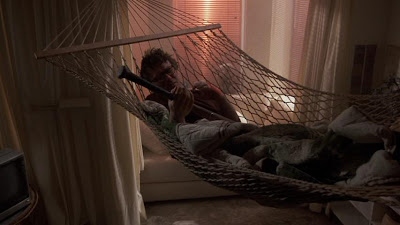 For reasons unexplained, 1983 proved to be something of a banner year for rat fans as just over a month before Origin's November 24th release date, on September 9th, the anthology film Nightmares - featuring the story "Night of the Rat" - was released. But whereas the Nightmares segment had featured a family terrorized by a giant rat of mystical origin, Bart's foe was just a normal, if hefty, rat but tenacious enough to drive a successful, educated professional into a savage showdown, street rules only. 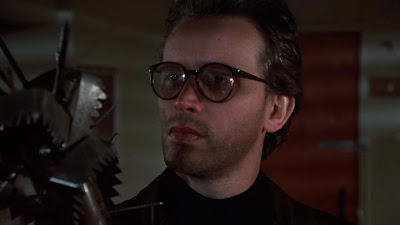 Of Unknown Origin isn't a lost classic by any means but it's a taut effort that had a decent rep back in the day but seems to have fallen into obscurity in the years since. In light of current real world events, it's interesting to see a Wall Street executive portrayed as a sympathetic protagonist - as practically an Everyman, even. Today, the rat Bart faces would likely be perceived as a symbolic stand-in for the economically oppressed masses but in '83, it was no more than determined vermin with Bart locked in a turf war, protecting his home. Sure, his turf was a little nicer than our turf but that was nothing to begrudge him. Not back when things seemed to be a little more even-handed in the world.

Still, rich or poor, everybody should be thankful for what they've got. 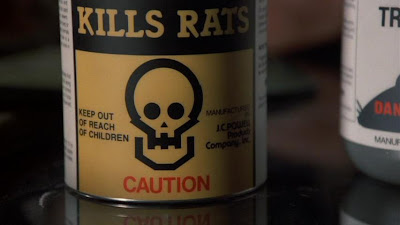 Ah, rat on a stick... a nice side dish at least.
I saw this one long ago on VHS and have yet to meet anyone in RL who has heard of it. The title and cover image don't really scream 'MAN VS. RAT'. I think I went into it thinking it was about domestic violence or somesuch... I had no clue to it's ratty nature till I watched it.
Kind of a 'Mr. Blandings Tears Apart His Dream Home' vibe to it. Good stuff.