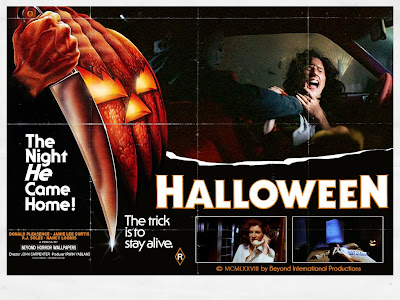 This past weekend I saw Martin Scorsese's Hugo and found it to be not just one of the best films of the year but also one that proves how terrifically effective 3-D can be and how some films can benefit from it.

Beforehand, a trailer for the 3-D release of Titanic screened and while Titanic is a movie I have no interest in revisiting, seeing how stunning it looked in 3-D was nearly enough to convince me to see it again on the big screen.

In the lobby was a standee promoting the February release of The Phantom Menace - again, another movie that I have no special interest in but yet I can't help but be intrigued as to how it'll play in 3-D.

With these two films returning to theaters in 3-D next year, along with Disney's dimensionally enhanced Beauty and the Beast, I had to wonder when a classic horror movie might get the same treatment and which movie would be the ideal candidate for that and my immediate thought was of John Carpenter's Halloween (1978). 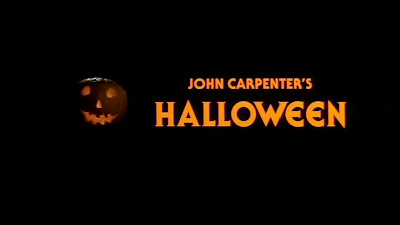 Halloween is damn near custom made for 3-D, beginning with the floating jack o' lantern in its title sequence that moves from deep in the back of the screen... 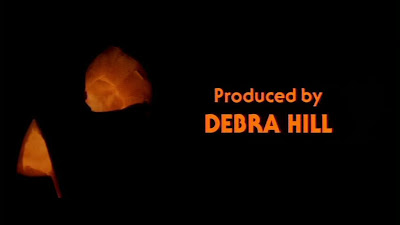 ...All the way to a tight close-up of one of its glowing eyes to the point where we can see the details of the pumpkin's lit insides. 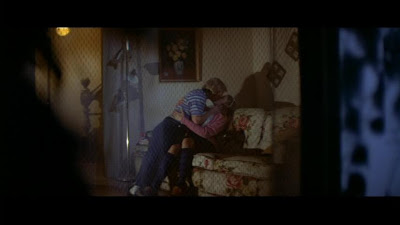 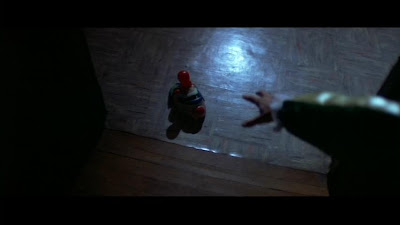 ...In which Michael Myers begins his career in evil. There's so much in Halloween that would naturally play well in 3-D, from the sight of the escaped Smith Grove patients wandering in the rain... 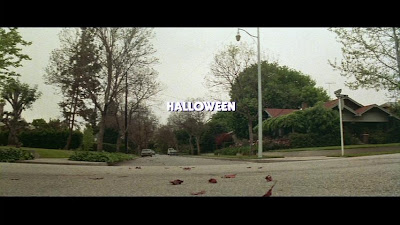 ...To the fall leaves that blow through so many shots (actually painted leaves that had to be rounded up by the crew after each take and reused)... 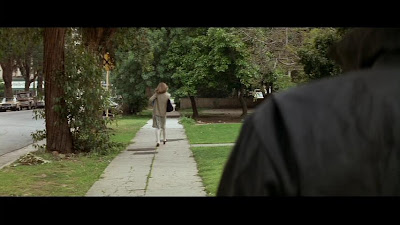 ...To the various moments when we're placed just behind Michael's shoulder as he watches his prey in the background... 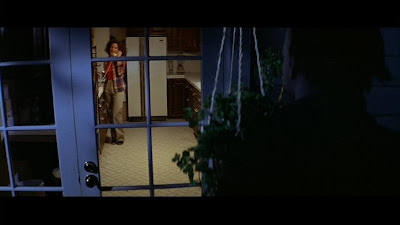 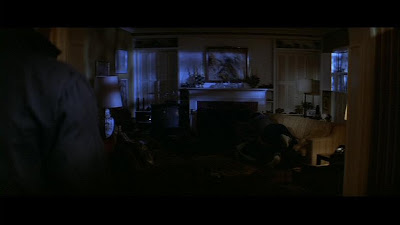 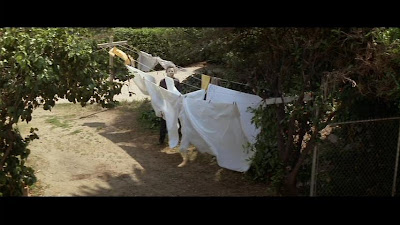 ...To shots like this, with Michael standing amid billowing sheets... 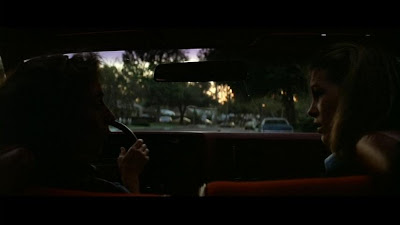 ...Or this one, where we're placed in the backseat of Annie's car (I find it eerie, by the way, that in this scene we find ourselves "sitting" exactly where Michael will later wait for Annie). 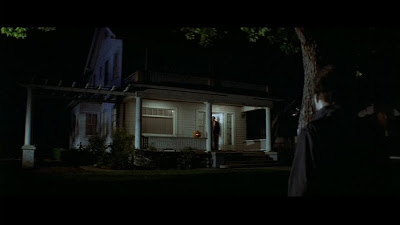 There's already a deliberate sense of depth to the composition of the shots in Halloween, wherein suspense is achieved by emphasizing the importance of background vs. foreground - and that's something that 3-D would only enhance. 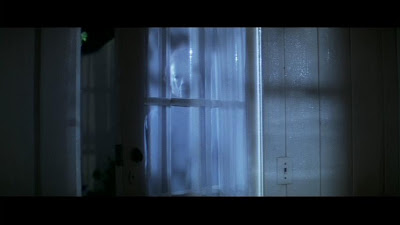 Carpenter and cinematographer Dean Cundey also staged many of their shots so that the audience would be observing the film's action through the separating element of a window... 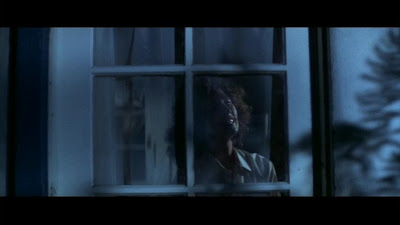 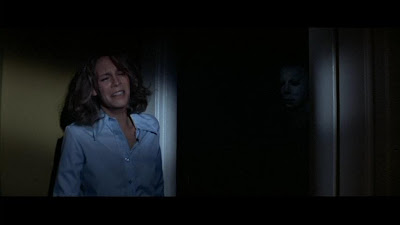 And Halloween is a film in which danger often materializes in the background of shots, rather than just lunging out (although there's plenty of that, too). 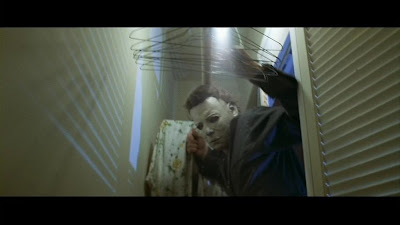 Carpenter has often cited 1953's It Came From Outer Space as a seminal moment in forming his love of movies. As he said in John Carpenter: The Prince of Darkness, by Gilles Boulenger:

"...At the beginning it was lightly in 3-D. but when this meteor appeared to come out of the screen and exploded, the impact gave me the impression that a lightning ball had struck me, and I got terrified...That's where I think probably the beginning of that love for horror and scaring people came because I got so scared and it was so much fun to be scared."

Given the impact that 3-D had on both his love of horror and on his eventual career, how fitting would it be for his most celebrated film to be re-released in 3-D? 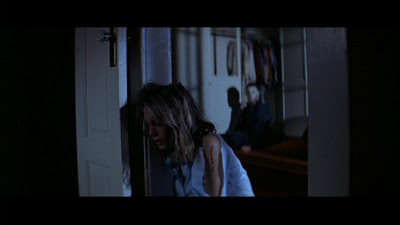 In his review at the time, Roger Ebert described Halloween as "a visceral experience" and said "we aren't seeing the movie, we're having it happen to us." To see it in 3D would only amplify that. 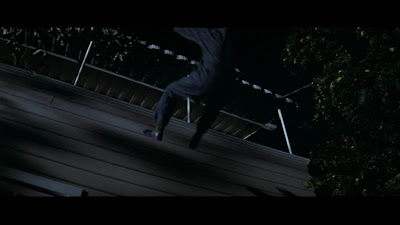 The idea of converting Halloween to 3D will surely strike some as an unconscionable move, a cheap gimmick that would only desecrate a classic. But I maintain that it would be a treat and not a trick. It'd be The Shape like you've never seen him.

And do I even have to point out how cool it would be to see Donald Pleasence's irreplacable Loomis in action in 3-D? No, I didn't think so. 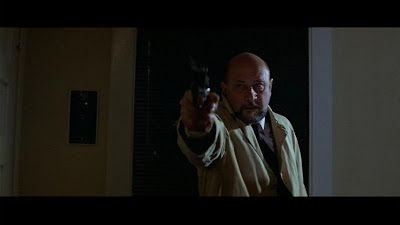 interesting idea. a favorite of mine. could work well.

I would be all for this! Great idea!

I never realized they could turn older movies into 3D movies. That's kind've cool. Having worked on set of two 3D movies this year and seen all the different 3D cameras and work that goes into the shots, I thought you had to have filmed with those cameras to have the effect.

Believe it or not I have yet to see a 3D movie, so, if Halloween came out in 3D I would certainly go see it. I also have never been able to see Halloween on the big screen, so it would be two great firsts in one.

MrJeffrey, J Mello - thanks! It'll be interesting to see if anything like this ever comes to pass.

William, I was too young to see Halloween on the big screen so it'd be a first for me, too! Of course this is all just fanciful thinking on my part but if older movies reformatted to 3-D continue to do decent box office, I think it's inevitable that horror will get its turn.

I actually think that someone did something along these lines with the original Night of the Living Dead not long ago but only in a pretty rinky dink way.

At first I thought it would be a bad idea but you give some valid points, plus I would like to see Halloween on the big screen.

Absolutely brilliant idea! Not only does it get the one original Halloween back on the Big Screen - but it would be an incredible experience in 3-D - and you pegged every single reason why! Who do we talk to about this?

Craig, I have no idea! Maybe this idea will somehow naturally worm its way across the internet to some big wig somewhere.

Mummbles, glad I could sway your opinion a bit!

Very nice Jeff. I'm going to go and watch my copy of the DVD tonight.