Brickbats For The Bat 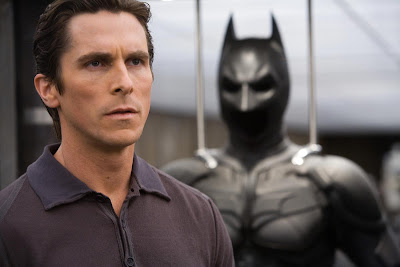 Email ThisBlogThis!Share to TwitterShare to FacebookShare to Pinterest
Labels: The Dark Knight

While I think I liked the movie more than it sounds like you did I also missed the more fantastic elements of Batman Begins. Batman makes more sense in a city that's not quite real, that has a place like the Narrows and a goofy monorail. A world where a man dresses like a bat to fight crime is a world that's not quite our own.

Yeah, I think the more 'real' you try and make this stuff, the more it falls apart. But of course, The Dark Knight is the second biggest money-maker of all time so what the hell do I know?