"The Problem With Today's Horror Films Is..." 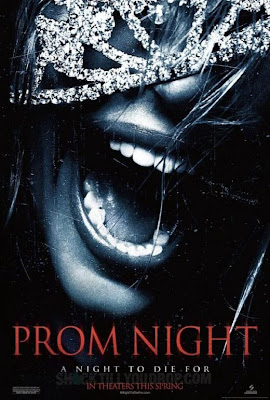 The League of Tana Tea Drinkers have invited its members to participate in a unity blog, with the theme being for each blogger to supply their own ending to this sentence: "The problem with today's horror films is..."

This is a topic that lots of fans have an immediate answer to, with plenty of vitriol to share about how horror is a diluted product now - just watered-down thrills made for an undiscriminating audience. Tips for improvement run the whole gamut of: horror movies should be R and not PG-13, there should be less of a focus on teenagers, and more original films instead of remakes and sequels.

But horror fans of every generation have typically made it a point to complain that the horror films of the present are inferior to whatever scare fare they grew up on. I imagine that even some ancient moviegoers who were raised in the silent days must have believed that the advent of sound was the death knell of true horror. Because, you know, movies are only scary when you have to imagine what a creaking door sounds like. And once black and white was replaced by color, I bet some fans never recovered from that because everybody knows that horror movies just don’t work as well unless they’re in black and white. The point being that every era has given horror fans something new to gripe about.

When I was a kid in the early ‘80s, all I ever heard was a lot of hyperventilating about how horror had fallen into a morass of blood and guts and how the slasher genre was destroying horror movies. Now, of course, that time is now thought of as some kind of golden age and films that were dismissed as outright junk like My Bloody Valentine and Happy Birthday to Me (both 1981) are considered (in some quarters, at least) to be classics and now it’s the turn of remakes like Prom Night (2008) to be blamed for ruining horror.

So if anyone ever asks me what’s wrong with horror today, my usual answer is “nothing”.

Sure, I don’t love every horror movie I see. With some films, I just don’t understand how they appeal to anyone. The Saw series baffles me, for instance - not because of the violence, but because of the inanity of the storylines. But what other people like doesn't bother me and every year I always manage to find some movies that I do enjoy. As long as that stays true, I can't say things are all bad.

If I could change anything, it’s that I'd like unrated and NC-17 movies to get wider theatrical releases rather than either going straight to DVD or receiving very limited runs. I was part of the last generation who got to see the unfettered likes of Pieces, The Beyond (aka Seven Doors of Death), and Demons in theaters and I think it's unfortunate that unless someone lives in or near a major market, the most extreme horror movies they'll ever experience on the big screen are R-rated fare. And it's also a shame that quirky independent pictures like Larry Fessenden's The Last Winter and Stuart Gordon's Stuck (among many others) don't have a chance of playing at most fan's local theaters. I'm glad these movies have an outlet to be seen uncompromised on DVD and cable but yet I wish they had greater opportunities for theatrical distribution.
But as far as the movies themselves go, even if much of the new crop is terrible I don’t see that as being any different from any other point in time. Most horror movies have always been poor at best. Even with good films, when they make a lasting impact, it’s usually down to the age that you first watched them. Burnt Offerings (1976) blew my mind because I saw it when I was around seven or eight years old. Had I seen it when I was thirty-five instead, well...that'd be a different story. That’s not to say I wouldn't like to see more horror films strive for greatness, or that it’s always about seeing a film at the right age, just to acknowledge that the movies I grew up with weren’t flawless by any means and yet my movie collection is full of films that critics - and most fans - once thought would be forgotten in a month. A lot of irrational attachments are made when it comes to horror films so it’s not my place to say that today's fans shouldn’t feel as connected to the movies that they’re growing up with as much as anyone else did to the movies of their eras.

Personally, I enjoy seeing how the genre changes each year. I like watching trends come and go. And I like the fact that the horror genre's prosperity is seldom up to the hardcore fans but instead in the hands of a larger mainstream audience who determines what movies become hits (even if it sometimes flies in the face of what horror fans approve of). The horror movies that we see may seldom be the kind that would be made if fans were left to call the shots but I don't see anything wrong with that. Instead I think it keeps things interesting. My feeling is that every age gets the horror films that it needs - although sometimes this is only evident in hindsight.

Ultimately, other people are probably better equipped than I am to tell you what's wrong with today's horror movies. More often than not, I'm happy to roll with whatever's out there. I even liked Mirrors, for crying out loud. As far as I'm concerned, the biggest problem with today's horror films is the same as always - they just don't make enough of 'em.
Posted by Jeff Allard at 10:07 PM

Email ThisBlogThis!Share to TwitterShare to FacebookShare to Pinterest
Labels: The League of Tana Tea Drinkers

Jeff,
Great points, I too grew up in the era of "let's burn Betsy Palmer at the stake!" and am very cautious of debasing the current horror trends. There's stuff I don't get (how I wish that SAW didn't put me to sleep) and stuff I do (sorry folks, looking forward to that Rob Zombie 3 disc Halloween set coming out and you can bite me.) Whenever there is a lull I believe it just means that somebody somewhere is gathering steam for the next big thing. We sort of need the lulls to clear the palate and set us up to get our socks knocked off again. I think there have been some great horror films in the last eight years and you're right, only time will tell which is the wheat and which is the chaff. We should all be well aware from examples like THE THING, VIDEODROME and BLADE RUNNER that the weekend box office gross is not sung by a fat lady. The truth is, many horror reviewers are way more interested in proving their imagined superiority to the new crop of horror then they are to having a good time at the cinema or even giving the movies a chance. Most of these opinions are created before the ticket is even bought (provided the films are even seen). It seems to me that if you are not an open minded viewer or are not willing to meet the movie half way that you pretty much get what you deserve. I try to retain the way I saw movies as a kid, I believe what they're telling me unless they grossly betray me. It's not only a waste of money but a waste of my time to do otherwise. "the biggest problem with today's horror films is that they just don't make enough of them" I could not agree more.

Thanks Unk!
I won't say I never roll my eyes at lot of new horror films but no matter how lame a movie might be, I know it's more than likely going to end up being a cult favorite to someone. As a proud owner of plenty of sub-par horror movies, I know that it's sometimes surprising what movies end up meaning the most to you.

Great post!
I totally agree.
Not just for horror movies but for movies in general... it's always going to be easy to look back and see a history full of classics... and decry the paucity of current greats... forgetting that for every classic film there were a LOT of forgettable ones made... and that often what we see as great films were commercial and critical flops when they first came out.
The one thing you mention, about it being harder to go see small or edgier films is also a lament I share.
As a kid we had theaters we knew were the bastions of a 'wilder' breed of film... most of it just schlock... but man... I'd really love to have seen just one of those places survive into this modern era of where... out of 250+ screens in my city there are maybe 20 different films showing... hardly ever being in a foreign language or featuring NC-17 ratings.
I still manage to find a good film often enough that I'm not about to start crying 'doomsday'.