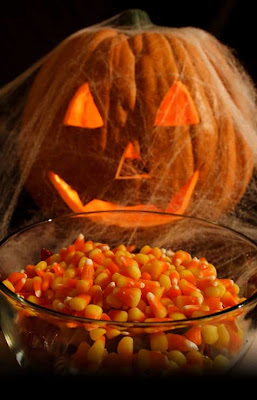 It didn't take long but just two days into the new year the first letdown has happened as Dimension Films announced that its upcoming Halloween sequel H2 is slated to premiere on August 28th and not in October as some sites had initially speculated. Many might say that Rob Zombie being allowed to author a second Michael Myers installment is already the far worse crime, er, news but I was willing to overlook whatever complaints I had with RZ's Halloween (I do wish the theatrical cut was readily available on DVD as I far preferred it to his director's cut) for the promise of having Michael Myers make a proper Halloween homecoming. But now all that's shot to hell.
Sure, I'll still see H2. Hell, I'll probably get kind of excited for it. I might even stop thinking how stupid calling Halloween 2 "H2" sounds. That's just how I am - I'm easy that way. But I will have to pretend that I never put H2 on my twenty films I'm looking forward to in '09. Sorry, H2 but you can't burn me so early in the year and not pay a price for it. Although honestly, I was looking for an excuse to bump your ass in favor of Martin Scorcese's Ashecliffe and this'll do it. No hard feelings.
To the folks at Dimension Films, though - I don't get it. Even if October is overcrowded with horror films, this is Halloween we're talking about. Everything else is just a pretender to the throne. A Halloween movie in October has the home court advantage so why act like that's the last place you want to compete? A Halloween movie in October feels like an event. But a Halloween movie in August? Not so much. Michael Myers is as Halloween as candy corn - to have him sit out another All Hallow's Eve feels like The Night HE Got Robbed.
Posted by Jeff Allard at 8:54 PM

Well, that certainly ruins my outlook for the new year. At least not having it during the month of October will be a plus; I really look forward to GOOD horror movies during that month.

Well, even without RZ's Halloween in October, you'll still have to contend with Saw VI, the House on Sorority Row remake, and the Stepfather remake. Good luck trying to look forward to those!

That is bad news. The only news that could cheer me up is if they announced they weren't going to release this at all.

If you had told me when House of 1,000 Corpses was released that Rob Zombie would be handed the keys to the Halloween franchise one day and be responsible for not just a remake of Carpenter's film but a sequel as well, I would've wondered if life in that unholy time-to-be would still be worth living. But now I realize it's just the price we had to pay for also living in a world where My Bloody Valentine can be remade in 3-D. It's not completely fair, but that's life for you.