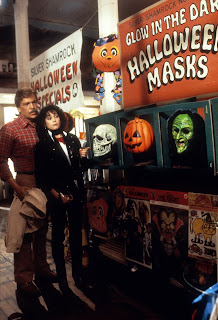 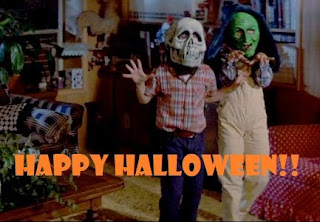 The Evil That Men Re-Do

So, as I'm sure everyone reading this already knows by now, the red band trailer for the Evil Dead remake was released earlier this week to mostly rapturous response. I'm sure not every fan is on board with this still because Bruce Campbell isn't starring in it or whatever but whaddya gonna do? I was all for this even before the trailer so I just feel that much more stoked now.

As remakes go, it's galling when cheeseballs like Michael Bay cash in on a much-loved property like A Nightmare on Elm Street but with The Evil Dead, not only are the original players involved (which worked out well when Wes Craven oversaw the remakes of The Hills Have Eyes and The Last House on the Left) but there is, I believe, a good reason (other than crass commerce) to bring back The Evil Dead for a new generation.

As great and as classic as the original is, it hasn't aged so well. Movies of roughly the same vintage, like Halloween or Alien, still can play for a new audience and not suffer too much from being dated. You couldn't do the same with The Evil Dead, though. Of all the Evil Dead movies, it's the one that doesn't hold up so well. It has a charm to it still but it's more unintentionally corny now than it is scary.

The thing is, that's not how The Evil Dead played back in '83. Back then, it seemed like the ne plus ultra of splatter cinema. Or, as the end credits described it, "the ultimate experience in grueling horror." It was a movie that was intimidating in its reputation and that absolutely lived up to the hype. I don't know anyone who was around back when The Evil Dead was first released who didn't regard it as a legitmately scary movie. The sequels took a different route and were great in their own right but I think a return to a truly frightening take on The Evil Dead is a good thing.

It's just such a classic set-up, such a classic horror movie premise - kids in an isolated cabin who find themselves possessed one by one by demons until only a last survivor remains - why not bring it back for a new generation and try to make the best version of that tale possible? You know, as much as Cabin in the Woods was acclaimed by some, it really didn't do much for me.

I dug the menagerie of monsters in the last leg of the movie and chuckled at the apocalyptic conclusion but other than that, I wasn't all that taken with it. I liked it, but didn't love it.

My preferences in horror generally lie in favor of movies that play it straight-up - the real thing rather than a deconstruction. And, so far at least, the new Evil Dead is looking very much like The Real Thing. 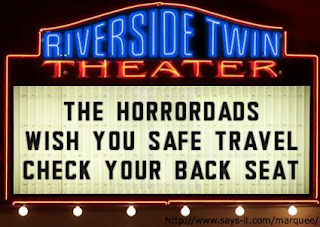 One of these Octobers maybe I'll knuckle down and blog like my life depended on it but this year it's been just like years past where I pretty much vanish for the entire month. I always have the intention to not do that but then October happens and, hey, there's only 31 days to soak it all in! So much to see! So much to do! Anyhow, as the days counting down to Halloween quickly dwindle down to zero, the HorrorDads have been called together by head Ho-Dad Richard Harland Smith to program our individual dream Halloween triple bills.

The parameters were that the first choice be suitable for kids, the second be for seasonal, or casual, horror viewers, and the final pick be for the hardcore horror lifers.

Go visit Movie Morlocks to see what kind of Halloweens RHS, Dennis Cozzalio, Greg Ferrara, Paul Gaita, Nicholas McCarthy, and myself all have in mind!

Posted by Jeff Allard at 7:41 AM No comments: 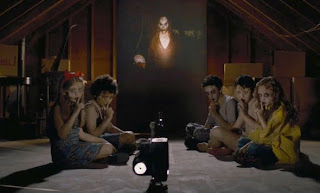