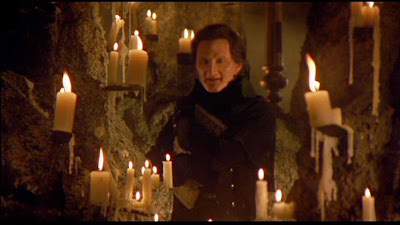 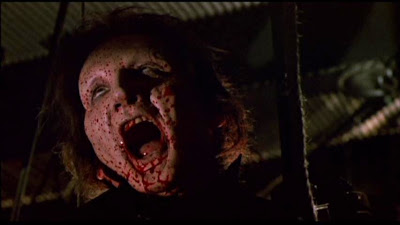 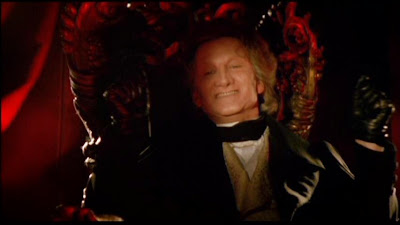 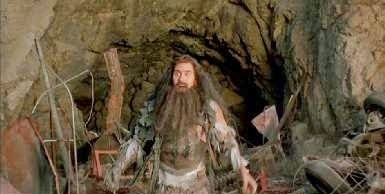 That said, I still love movies - I just appreciate them on a more casual level now. And in step with that, I'll be blogging on a more casual level as well. With this post, though, my blogging output for 2015 has doubled that of 2014. That means even if I take the rest of the year off, I can still feel like I've been pretty productive! Woo-hoo!
Posted by Jeff Allard at 10:29 PM 2 comments:

Milk And Honey On The Other Side 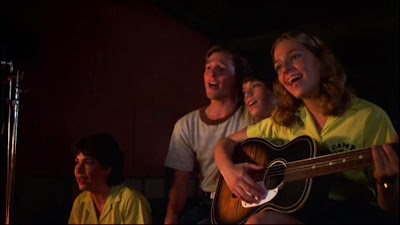 In 1980, “innocence” is not a word that anyone would have ever believed could be applied to Sean Cunningham’s Friday the 13th. At the time, the vivid splatter stylings of Tom Savini raised the ire of moral watchdogs and other concerned parties so much so that the MPAA swiftly adopted a harsher stance towards splatter (a war that would go on to dominate the course of horror in the ‘80s with the ratings board being the one adversary that none of the decade’s famous horror icons could dispatch). But times have changed and "innocence" is now a word that suits Friday the 13th well. Today's jaded kids would probably just jump to calling it lame but innocent sounds a lot nicer. Even with its stabbings, throat slashing and beheading, Friday the 13th is tame enough by current standards that one could almost label it Friday the PG-13th. In stark contrast to the controversy that initially accompanied the movie, from our modern perspective Friday the 13th now radiates a wistful aura of untroubled naiveté.

Extreme violence has become so casually accepted in entertainment (thanks to the likes of The Walking Dead and Hannibal, TV is more hardcore than most R-rated movies were in the '80s) that it’s probably hard for kids today to comprehend that any form of bloody entertainment could be considered notorious as people tend to take an awful lot in stride now. But in the ‘80s, back when angry picketers marching outside movie theaters in outraged protest were a common sight, people weren’t so blasé about such things. No one seeing Friday for the first time today would be taken back by its gore but to audiences in 1980 it was genuinely gasp inducing to see an arrow puncture an exposed throat with no cutaway to break the illusion.

Unlike many other slashers of similar vintage, however, Friday the 13th was never psychologically oppressive. Many slashers of the era – emotionally ugly films such as Don’t Go in the House (1979) or Eyes of a Stranger (1981) – wallowed in grim realism but, in contrast, Friday was all about showmanship. While it was surely not a pre-thought strategy on the part of Sean Cunningham, the events depicted in Friday often vaulted over the laws of physics (think of all the far-fetched feats Mrs. Voorhees is capable of) and those leaps into the impossible allows the movie to play less as a sordid catalog of killings and more as a myth or, if you prefer, a campfire tale.

Cunningham never went so far into absurdity that his film strayed into (no pun intended) camp territory but from the start, Friday the 13th had one foot set outside of reality. The normal rules simply don’t apply at Crystal Lake (for instance, you can't really lop a person's head off with one swipe of a machete - not even if you've got a running start and you're swinging it with two hands). A funhouse sensibility was in place and it speaks to how primed audiences were to accept the impossible in the world of Friday the 13th that when Jason came back in the sequel, not just alive but somehow now an adult as well - a complete breach of plausibility that was (at best!) only half-assed explained - no one blinked an eye. Given that the original had already made reality a secondary concern, the return of Jason was a logical hurdle that very few viewers bothered to sweat.

Jason’s latter transformation into a full-fledged zombie and his venture into space were similarly taken in stride. Implausibility is imprinted deep in Friday’s DNA.

Other slasher films at the time did a far better job of presenting whodunits that played fair with the audience than Friday (even if they weren’t terribly sophisticated mysteries, for what it's worth movies like 1980’s Terror Train and 1981’s My Bloody Valentine did lay out legitimate red herrings for viewers to ponder - as opposed to Cunningham and scripter Victor Miller's move of never allowing Mrs. Voorhees to be a viable suspect) but yet Friday - garishly grisly yet also brimming with youthful, good times energy - soundly trumped its contemporaries as the better splatter showcase.

Given that Friday’s scares lost their potency well before the ‘80s were over, it’s no knock to say its scares don’t hold up in the new millennium but yet while its shock value has dissipated, the movie continues to exude the winsome feel of an eager to please show. It's a slasher film without a mean bone in its body. And even though that quality wasn't recognized at the time, I think it was always the underlying key to its success. There’s something wonderfully guileless about what a pure crowd pleaser Friday is – right down to its concluding “gotcha” of a gunk-ified Jason launching out of the waters of Crystal Lake. For all the reactionary responses that once erupted around it, Friday the 13th endures not as a controversial shocker but as a nostalgic keepsake of an innocent summer long ago.

Friday the 13th's innocence doesn't stop at its now-mild violence, of course. It's a snapshot of a simpler time altogether. A time with no Twitter, no Instagram, no social media whatsoever. None of the kids are snarky or ironic - not even Ned the prankster. They're all genuine and relatable in a way that one rarely sees anymore. But more than that, Friday was a film seated on the precipice of our greatest source of contemporary cinematic cynicism - the relentless franchising of the genre.

When Friday the 13th arrived, we didn't live in a world inundated with sequels, remakes, reboots (and now "recalibrations") yet. And the makers of Friday the 13th were as in the dark about what the future held as much as anybody. There was no strategy in place to milk this property to death, no belief that such a thing were even possible - there was just a simple desire to scare an audience. The knowledge that everything was about to change and that no one knew it at the time, the innocence that Friday embodies tied to the cynicism that it would go on to perpetrate, makes watching Friday the 13th a bittersweet experience - more so with each passing year. 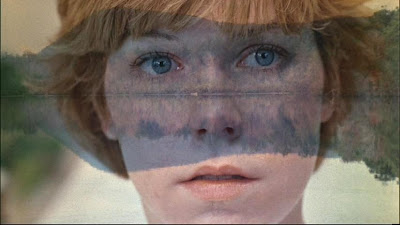