The More You Think About It, The Worse It Gets 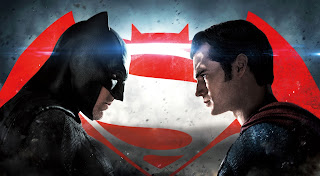 Growing up, once I went beyond just enjoying movies to becoming more interested in understanding how other people saw movies, I'd still only read about ten reviews of any new film. I'd check out what my local paper had to say, then The Village Voice, The Boston Globe, and the big magazines like Newsweek and TIME. A few solid opinions, that's all I needed. It's all anyone should need, right?

Due to their publishing schedule, genre mags like Cinefantastique were never timely in their reviews but I actually liked that better in a way because by the time they ran their take on a film, it seemed as though it was coming from a more contemplative place, rather than just representing the knee jerk opinion of opening weekend.

Now, thanks to the internet, everything is just knee jerk opening weekend opinion. When a new movie comes out, especially if it's a movie that's perceived to be bad, everyone pig piles on it.

That's mainly what keeps me from writing about new movies now, especially if my opinion is more or less in line with the common consensus. How many times does anyone need to read the same thing, just phrased slightly differently? As a reader, I don't care and as a writer, is there any point in being the 8,986,420th person to tell the world that Batman v Superman: Dawn of Justice is a piece of shit?

Not a whole lot of value in that, right?

But listen...sometimes you just can't stop thinking about a movie. Sometimes in a good way, sometimes in a bad way. And, for me, Batman v Superman falls heavily into the latter camp. And while it doesn't say much about my overall quality as a person, I know I'm just not going to be happy until I rip it a new asshole (SPOILERS ahead).

We all know that some movies are misunderstood upon their initial release and they become more appreciated in time but I just can't see that ever being the case here. I don't think the consensus is ever going to swing in BvS's favor where, like, a lot of people come around to thinking that this was not the dumpster fire that it appeared to be.

From what I've seen on message boards, the common knock that BvS fans make towards its detractors is that "oh, well, you're just a Marvel fan!" but I don't know how anyone who considers themselves to be a fan of DC would not be put off by the treatment these icons have received at Zack Snyder's hands.

What Snyder has done is like if Rob Zombie made an adaptation of the General Mills monster cereal mascots. If you can imagine what Zombie's take on Frankenberry and Count Chocula would be like, that's kind of what Snyder's Batman and Superman feels like to me. It's a movie no one in their right mind would ever ask for is what I'm saying.

Wonder Woman comes off the best simply because she's in it the least (and Ben Affleck manages a decent performance as Bruce/Batman, even as he's called upon to do some dumb, very un-Batman like things) but this movie does not do any of these characters any favors.

After watching Man of Steel, I felt that Snyder was someone who just fundamentally did not understand Superman, that he just couldn't wrap his head around either the hope the character embodies or the selfless heroism he practices, and that's proven ten fold by BvS. It's like watching Jack the Ripper try to direct a movie about Gandhi.

Now, some would say "But Superman sacrifices himself at the end! That's heroic! Come on, it's right there in the movie! Pay attention!" Yes, that is right. Superman does sacrifice himself in the fight against Doomsday. But here's the thing: it's not dramatically earned.

On just an internal logic level, the events of the climax don't hold together. We know Superman can't get near Kryptonite without losing his powers. Not only do we know this from decades' worth of stories but it's been demonstrated in the very film we're watching not more than ten minutes earlier. We see that Superman is completely useless near Kryptonite, to the point where he's just a sack of wet laundry.

But yet at the climax he picks up a spear with a big Kryptonite tip and not only flies at full speed across the length of two football fields to take on Doomsday but also still has the strength to ram the spear through Doomsday in a prolonged struggle. This is absolutely idiotic.

Especially as Wonder Woman, someone of near-equal strength to Superman, is RIGHT THERE. Literally, she's just an arm's length next to Superman. There's no reason why Superman couldn't have handed the spear to her so she could take on Doomsday. There's no reason that Superman has to do it himself other than for the filmmakers to take the easiest, most unearned route to staging his "heroic" death.

The really galling thing is that Superman still could've been killed during the course of the final battle by means of any number of plausible scenarios but to make that moment work, Snyder, screenwriter David Goyer, and co. would've have to have gone the extra mile creatively (and not even a mile, for God's sake - they just would've had to think about it for more than five freaking minutes).

Of course, that would've taken a little thought, a little extra work, and some respect for the audience. Much easier to just put that spear in Superman's hands, no matter how little sense it makes, and just have him get killed that way. So what we end up with is a "big" death that rings hollow because it comes across as exactly what it is - a pre-determined plot point that had to be met, come hell or highwater, with as little thought possible given as to how to get us there.

Superman's death isn't akin to Spock's final sacrifice in Wrath of Khan (as much as Snyder wants us to feel that it is, to the point of having 'Amazing Grace' played on bagpipes at Clark's funeral - are the Kents Scottish? - as a blatant shout out to Khan). No, Superman's death (like everything else in BvS), isn't nearly so (pardon the phrase) logical. It's just crap that has to happen to set up other crap they have planned.

Speaking of logic, while logic and the messy reality of emotions don't always have to perfectly synch up, the abrupt, nonsensical transition of Batman and Superman from enemies to friends is jaw-dropping any way you look at it. I'm not even going to get into the whole goofy "Martha" thing at this point because it's been covered in a thousand snarky memes but I had to audibly groan in the theater when Batman rescues Martha Kent and he growls to her "I'm a friend of your son's!"

That line is supposed to be a big laugh getter (I assume) but, Jesus, are you kidding me?? I could see him saying "Your son sent me." Sure, I'd be ok with that. But "I'm a friend of your son's?" Really? After he's spent months plotting to kill Superman (not just to fight him or contain him or develop a sound strategy against him but to kill him) and after we've just watched him take sick, sadistic pleasure in inflicting pain on Superman? Now they're not just allies but "friends"?

Let's be clear: the fight between Batman and Superman in BvS isn't depicted as just some brawl. Batman wasn't just trying to put a little hurt on Superman. No, Batman was actively trying to take Superman's life (even in Dark Knight Returns, Batman didn't have anything fatal in mind when he went into battle against Superman, by the way).

We're not talking about a mind-controlled Batman here. We're not talking about a possessed Batman. No, this was just plain old Batman (a Batman who's dumb enough to be manipulated into attempted murder by newspaper clippings with scrawled messages on them but still a Batman who, all anger issues aside, is supposedly in his 'right' mind). When he slowly slices Superman's flesh with the tip of the Kryptonite spear, the sick fuck seems to really be relishing the moment. If he could've carved out Superman's heart right then and there and bit into it, letting the blood of his hated enemy run thick and red down his chest, he would've. But after all that we see go down between these two, just moments later they're "friends"!

Look, being the 8,986,420th or so person to dump on Batman v Superman isn't a proud moment for me but I just had to do it. And, shit, I could go on. For hours, really - I've barely even scratched the surface of how awful BvS is. Hell, I haven't even said a word about Jesse Eisenberg's Lex Luthor (a performance that would've been embarrassing even in a Schumacher Batman movie) but I've got to force myself to stop. I can't talk about the jar of piss. I can't talk about how somehow anyone can walk into a Kryptonian ship and be recognized as supreme leader just because they answered "yes" when the ship asked them a question. No, I can't talk about any of that.

You know, it's just a movie. Whether any movie is good or bad, life goes on either way. But, weeks later, I just can't believe how terrible this one particular movie was - this movie that had so much time and talent devoted to it. I think that's what annoys me the most - that with all the resources this production had, all the extra time they had to finesse things (remember, this was originally supposed to be out in 2015) and this is what they ended up with. How does that happen?

Is it carelessness? Indifference? Personally, I believe it's all about contempt. Like Man of Steel, this is a movie made by people who perceive these characters to be 'corny' and think they won't appeal to jaded modern viewers unless someone makes them 'cool'. That's a terrible angle to approach from. There's no way you're going to get these characters right if you believe they're broken to begin with. Add in the lack of attention to story, logic, human emotions, and so on, and, well, you've got Batman v Superman. It's probably a mistake to go too dark with these characters in the first place but you could still pull it off if you tried. The real problem here is going dark and dumb.

As a fan of DC, it's a heartbreaker to see these characters and the universe they inhabit brought to the screen with so little love, care, or understanding. As a fan, I would have loved to celebrate the sight of DC's Trinity on screen but unfortunately Batman v Superman didn't give me anything to cheer for. And if you think I'm going to bother devoting my time to watching the three hour cut of this, you're nuts.

I'm just curious to see whether Warners/DC will take any steps to course correct or if they just let Snyder continue to vandalize their properties. Either way, it's their money. It just seems like, at some point, you'd want to start getting this shit right. But what do I know?