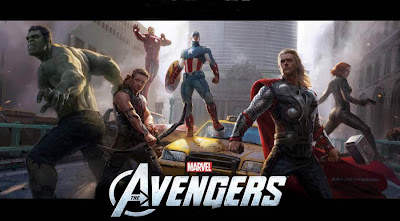 Based on all the early reports, it's safe to say that Marvel's The Avengers is a victorious vindictation of the amibtious plans that were set in motion when Iron Man debuted in 2008. Back then, I think even the most opitmistic of fans were skeptical of whether a shared Marvel Movie Universe could be accomplished, much less with any great degree of quality control. With so much talent involved, so many different demands, so many different characters and storylines to juggle - it seemed to be impossible from a creative and logistical standpoint.

Additionally, from a commercial standpoint, it was difficult to imagine that the public would support solo features starring characters like Thor and Captain America that didn't share the same wide recognition factor as, say, Spider-Man.

In every way, Marvel was taking a chance and the potential for embarrassing failure was high. Had any of the Marvel movies on the road to The Avengers not clicked with audiences, it would've put the entire enterprise in jeopardy. But through a series of canny creative decisions they pulled it off. Even if every movie wasn't a four-star classic, all of them got it right where it counted - with casting and characterization.

On the eve (or almost eve, at least) of The Avengers' US release, before I can see for myself whether The Avengers stands above all others as THE Marvel movie, I wanted to give a fanboy shout-out to my favorite Marvel movies to date: 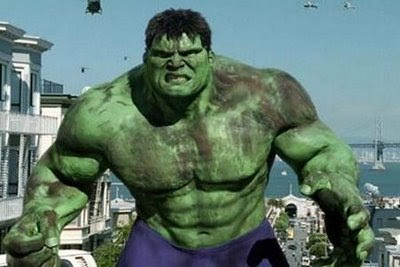 10. Hulk (2003)
Too artsy and willfully weird to be widely embraced, director Ang Lee's version of Marvel's Green Goliath is a fascinating fumble that contains too much bristling, bursting creativity to simply be dismissed out of hand. The heavy emphasis on Banner's tormented psyche and his massive daddy issues combined with pop art visuals that go for a full-on comic book look at times (complete with panel grids) make for a movie that makes the ambition level of most other comic book adaptations look puny. 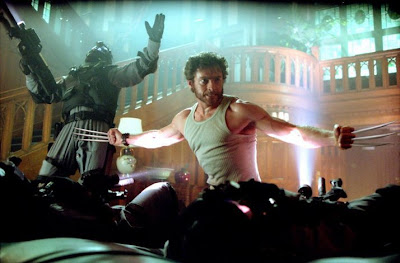 9. X2 (2003)
The original X-Men (2000) has, sadly, not dated well. Even though that movie put Marvel's merry mutants on firm cinematic standing, it hasn't held up. The sequel, however, remains great. It's not much of a stretch to say that Batman Begins (2005) would not have been possible without the creative and commercial success of X2 laying the groundwork for a darker, more dramatic breed of superhero movie. 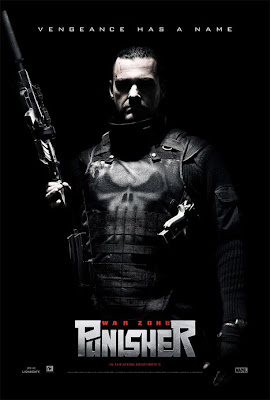 8. Punisher: War Zone (2008)
Some find the character of Frank Castle to be too one-note but I've always had a love for Marvel's kill-crazy anti-hero. You'd think that The Punisher's street level status, easily understood goals (kill all criminals), and lack of powers would make for an easy translation to the screen but while two previous attempts (from '89 and '04) had their merits, it wasn't until Punisher: War Zone that Castle finally got his blood-soaked cinematic due. While I liked both Dolph Lundgren and Thomas Jane as Castle, Ray Stevenson really made the role his own. In his full Punisher gear, he looks like a John Romita Jr. illustation come to life. 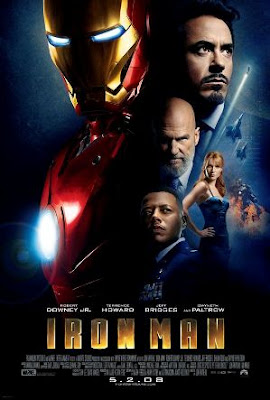 7. Iron Man (2008)
The movie that showed what could be possible if Marvel were in charge of their own character's adaptations. The casting of Robert Downey Jr. was sheer genius (I doubt if the movie would've succeeded with anyone else in the role of Tony Stark) and director Jon Favreau crafted a movie that ably matched Downey's wit, swagger and energy. The action in Iron Man is not much by modern blockbuster standards - it wasn't a film that was trying to out "wow" the competition - but the focus on character and story showed that action set pieces were not what was going to make or break a comic book film. It's an approach that Marvel has smartly stuck to in every movie under their banner since. 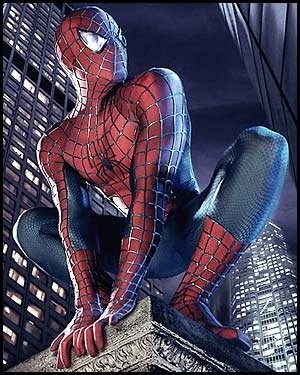 6. Spider-Man (2002)
With Spidey being my favorite hero ever since I first encountered him on The Electric Company, the idea of seeing the web-slinger in a big budget feature film directed by Sam Raimi seemed too good to be true. But despite a couple of quibbles (like the organic webshooters), the movie absolutely lived up to my enormous expectations. Tobey Maquire made for an ideal Peter Parker and Raimi's love of the character - and his love of the comic book medium itself - shines brightly. I also love William Dafoe's wonderfully hammy performance as The Green Goblin. Some may continue to gripe about the controversial (in geek circles, at least) look of the Goblin's costume but I think it works and, hey, when you have great GG moments of pure villainy like the Goblin exploding the wall out of Aunt May's bedroom while the frail old lady is on her knees praying - can't you live without him sporting a purple purse and boots? 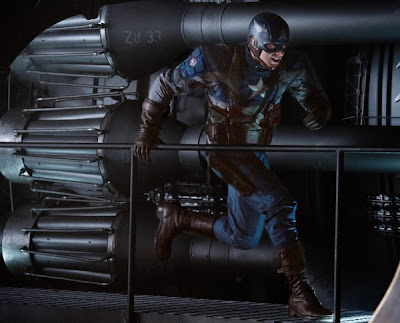 5. Captain America: The First Avenger (2011)
Some consider Cap to be too square to enjoy him as a character but I love his unwavering moral fortitude. You're never going to see Steve Rogers delve into his dark side and that's fine because there's more than enough characters out there to suffer those kind of conflicts. While I love my share of anti-heroes, I also love the purity of a guy like Steve Rogers. It's hard to sell a clean-cut character like that to a cynical world but this movie works terrifically and setting it during WWII was definitely the way to go - the only way to properly portray Cap's old-fashioned world-view. Director Joe Johnston hit all the rights notes of nostaligia and heroism and while some felt that the film's final act wasn't fully satisfying, as a comic fan already aware of Cap's frozen fate and modern day unthawing I thought it worked just fine. 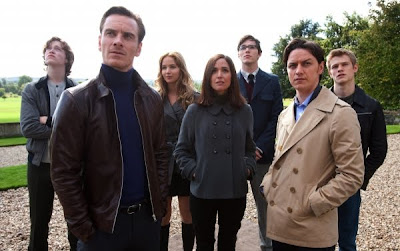 4. X-Men: First Class (2011)
I really didn't expect anything out of this film other than for it to suck. It was a silly idea (come on - did the X-Men really need a prequel?), populated with mostly C-list mutants, and every early still from the movie looked ridiculous. What a surprise then, to discover what a great movie it was - better than any previous X-film, in fact. 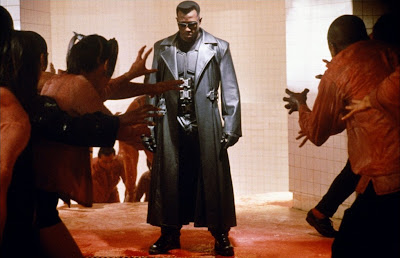 3. Blade (1998)
As much as Bryan Singer's X-Men is credited as kicking off the Marvel movie age, it's really Blade that put Marvel on the path to where they stand today, cinematically. Director Stephen Norrington and writer David Goyer took a C-list character who never had his own title (Blade did have his own book eventually but I think only after the success of the movie - previously I believe he was only a supporting character in Tomb of Dracula) and delivered a hit movie. A hit movie that was an equally impressive creative achievement as well - a mix of kung fu, horror, and blaxploitation filtered through a cutting edge sensibility. The first sequel, helmed by Guillermo del Toro, was solid but lacked the dramatic heft and creative funkiness of the original. 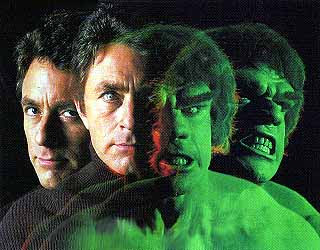 2. The Incredible Hulk (1977)
Technically, this isn't a movie but rather a TV movie but hey, it played in theaters overseas so I'll count it. This pilot film for the popular and long-running Hulk TV series is just a brilliant piece of work and its affecting sense of pathos has not diminished a bit in over thirty years. Writer/director Ken Johnson was not a student of comics but he certainly understood the drama and tragedy inherent in Bruce Banner's Jekyll and Hyde struggle. Johnson updated the Hulk's origin story wonderfully - taking it out of the atomic age trappings that would've dated it and putting into much more relatable terms. Here, Dr. David Banner (the "Bruce" being relegated to middle name status) is tormented by the death of his wife in a car crash. He can't understand why some people in times of great strain have been able to call on superhuman reserves of strength but that he was helpless to free his wife from their wrecked car before it exploded. Frustrated, he experiments on himself and after mistakenly overdosing on gamma radiation, in times of anger he transforms into a raging Hulk. Both Bill Bixby and Lou Ferrigno were perfectly cast in their respective roles of Banner and The Hulk and I defy anyone to not tear up at Banner's graveside goodbye that concludes this classic. 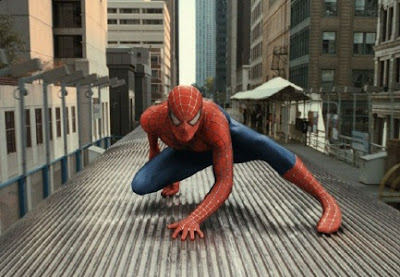 1. Spider-Man 2 (2004)
Raimi's first Spidey sequel is the perfect distillation of what makes Peter Parker the flagship hero of the Marvel Universe. Raimi and co. got the angst and the action just right - highlighting the mix of triumph and tragedy that has defined Spider-Man's adventures from the start. I do wish that Doctor Octopus had been as evil as his comic book counterpart but even as a more sympathetic Ock, Alfred Molina plays the part well and to see Spidey's eight-limbed adversary in live action is a spectacular sight - especially during the extended fight aboard an elevated train that may stand as the greatest single action scene in any comic book adaptation.

It'd take a lot for any Marvel adaptation to knock this one out of my #1 slot but if any film could do it, it'd have to be The Avengers. That, or Ghost Rider 3.

Email ThisBlogThis!Share to TwitterShare to FacebookShare to Pinterest
Labels: Marvel, The Avengers

Agree with Spidey 2 being #1, it truly is one of the greates comic book movies ever made, it really made a hero out of spidey. That train scene is just too freaking spectacular!

Yeah, I would also agree that SPIDEY 2 is the best. Don't know if I'd rank BLADE as highly, esp. with the likes of X2 and CAPTAIN AMERICA. And I actually prefer Del Toro's sequel if only because his camerawork and framing shows a much better understanding of how comic book action works and needs to be staged than Norrington's meat 'n' potatoes direction in the first film. It's a tough call.

What did you think of Edward Norton's take on HULK? I thought they improved on the CGI Hulk and I like THE FUGITIVE-eseque vibe but missed Lee's daring visual inventivenes.

I respect your list but strongly disagree with a lot of it. Spider-Man has dated terribly! X2 is the best of any X-men movie made. I thought all Punisher movies have been poor, War Zone at least made him a killing machine. Spider-Man 2 is a good one though! Thanks for sharing and let me chime in with my 2 cents.

J.D., I stand by Norrington's BLADE (although I certainly really like the other films you mention). I think his storytelling skills are admirably old-fashioned even as his eye for Blade's world is very hip. As for the Ed Norton Hulk, I enjoyed that movie for the most part. There's some really great bits and Norton is a fine Banner. I also love Tim Roth in that and the arc of that character who's so hungry for power.

At the end of the day, though, the story they came up with is so-so at best, the CG for Hulk isn't quite what it should be (they finally nailed it for The Avengers) and I didn't feel much chemistry between Liv Tyler and Norton. It's not a movie I dislike but I don't think it's anymore than "just ok."

Mummbles, I agree that Spider-Man has dated but I don't feel that it's dated "terribly." I think there's a charm to it still - in some ways because of it's dated qualties. X2 is definitely terrific but I think that First Class has it beat. None of the Punisher films bring the complexity to the character that, say, writer Garth Ennis did in the comics but as a hard-hitting vigilante film, I think War Zone really delivers the goods.

At least we agree on Spider-Man 2, though!