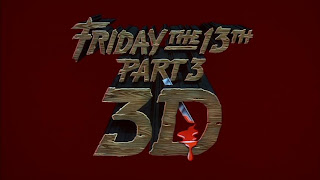 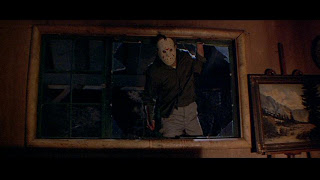 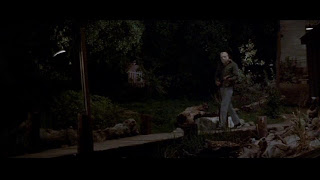 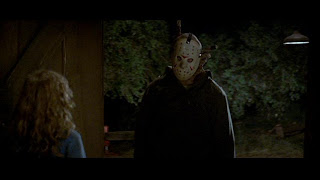 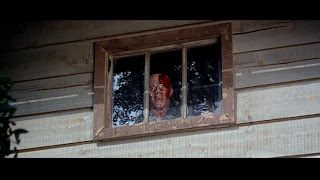 Great post! As cheesy as it may seem to new viewers or teens today, it was something back in its day. I remember feeling a sense of taboo when I would see it in the old cable guide, like it was something I shouldn't be turning on. Memories.

Yes, like many fans I also have great memories of sneaking my way into watching the early Fridays and other slasher films of the time. They were definitely taboo material then - even if they seem a little lightweight by today's standards!

Yeah, I know what you mean about them feeling quite tame by today's standards. Bought the 3D DVD of this but it doesn't really work that well.

Still, that shot of Jason at the window freaks me out even now.

Great blog, nice to see you back sir. Did the creators ever say why the chose a hockey mask?

Jack, that shot of Jason coming through the window always struck me as being especially freaky, too. The menace factor for Jason was really bumped up this time around.

Mummbles, no real reason has ever been given as far as I've read. I think they just needed a mask of some kind as the sack from Part 2 wasn't going to cut it a second time around and a hockey mask was used as a placeholder until another option came around but the hockey mask made the right impression.