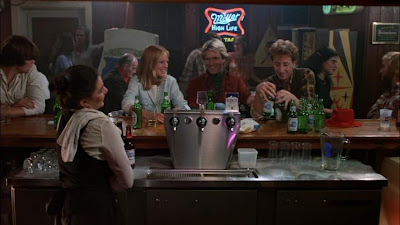 For my Summer Shocks selection from 1981, I went with Wes Craven's Deadly Blessing as I think that's a movie that just doesn't get enough love. However, I have to say that my most beloved film from the summer of '81, and maybe - just maybe - my all-around, all-time favorite horror movie is Friday the 13th Part 2. I know that admitting this it doesn't say good things about me or my ability to appreciate the finer things in life but when it comes to Sack-Head Jason vs. Amy Steel, it's hard not to gush like a BP oil leak.

Part 2 was my first Friday the 13th, seen on late night HBO on a sleepover, and I'll never forget my friend and I daring to sneak a peek at the end of the earlier showing that night, at a time when his parents hadn't gone to bed yet. We already had our plans to watch the 2:00 am show - late enough when we knew no one else would be up - but our curiosity got the best of us at around 11:25 or so and we switched from Madame's Place or whatever to the final couple of minutes of Part 2. We put it on just in time to see Paul (John Furey) open the cabin door to reveal the adorable pooch Muffin and then for Jason to explode through the window behind Ginny (Amy Steel). 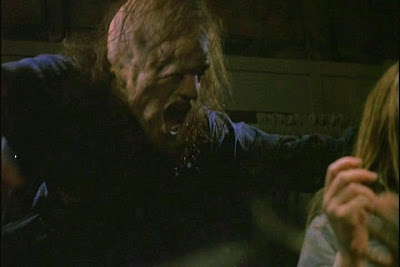 After that, we both lunged forward to change the channel. As a taste of what was in store for us, Part 2 looked freakin' intense! Maybe the new plan was to not watch the movie at all. But even though Part 2's opening with Jason exacting his revenge on Alice (Adrienne King) was scary enough to make us again reevaluate our decision to stick with the movie, we made it through to the end. After that, I was a Friday fan for life.

With any long-running series, whether it be Bond or Godzilla or Friday the 13th, I think fans are always loyal to whatever film in the series they first encountered and that's definitely true for me and Friday the 13th Part 2.
Nostalgia aside, I can decisively argue for Part 2 as the being best of the Fridays. Amy Steel is the best Final Girl of the series (I suspect a lot of the appeal of Part 2 stems from the fact that Steel never went on to have the movie career that many thought she should've had); Sack-Head Jason is way scarier than Hockey Mask Jason because he seems like just some real-life psycho holed up in the woods instead of an over-the-top super slasher; the make-shift shrine Jason has with his mother head on an altar and bodies of victims piled around it is a creepier sight than anything the other Fridays have offered (the nasty toilet Jason apparently shits in is pretty hair-raising, too); the Part 2 girls are the cutest of the series; Part 2 has my favorite kill in the series (the machete across the face to wheelchair-bound Mark, followed by his backwards tumble down the stairs); Stu Charno as Ted goes where no practical joker in the series has gone by actually surviving; and director Steve Miner delivers the best final chase of the series, a long sequence that kicks off with Ginny memorably exclaiming "There's someone in this fucking room!" And finally, there's a clever final stand-off being Jason and Ginny as she uses her child psychology education to play with Jason's head - I love that! 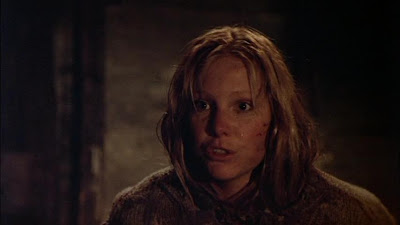 Oh, and there's some ambiguity at the end as we don't know quite what happened to Paul between Jason's jump through the window and the arrival of the paramedics and police. I guess the truth is that Miner and co. just didn't film a scene or a line of dialogue that they were supposed to but as a kid it seemed kind of artsy to me to leave it with Ginny deliriously asking "where's Paul?" as she's being loaded into an ambulance. I mean, shit - what did happen to Paul?

Also, Part 2 was the last Friday filmed on the East Coast (not counting the Times Square scene in Jason Takes Manhattan) and as someone born and raised in Massachusetts, I was always attracted by the unmistakable East Coast atmosphere of the first two Fridays. Sorry, but the woods in California or wherever just aren't the same as the woods in Connecticut or Jersey.
I might be too in love with Friday the 13th Part 2, I know. But that's just the way it is. It's a movie as familiar to me as my own face. 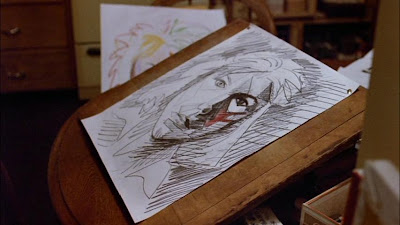 Great post! And I agree with you, as a fellow lifelong Mass resident. There is something different about the woods out East.

And about appreciating the finer things? We all like what we like. Just embrace it. If we all were film snobs, the world would be quite a boring place.

Heck - if I listed my favorite movies, you might not have much respect for my taste. But one likes what one likes.

Count me in as a fellow "Masshole" that totally agrees with you on the look of the camps in the northeast. No substitute!

I have to admit, I liked #2 much better than #1. I didn't like the manipulated ending in #1 and I also didn't like Mrs. Voorhes idea. I thought this one was a worthy endeavor for the series.

I too discovered Part 2 on HBO around the age of 12-13, and remember it fondly for the same reasons you mentioned. And feel no shame at all for still liking it today...it IS a great horror film for all the reasons you mentioned in your "Nostalgia aside" paragraph. Kudos to you on a great post.

I'm in complete agreement, Jeff. The killing of Adrienne King so early just told you all bets were off with this one. I also love "baghead" Jason for the reasons you do.

And I remember seeing the poster in the theater before a showing of "Popeye" with that adline, "The body count continues..." and thinking -- Damn, this thing is out of control! A sequel a year after the previous one? It never struck me as being a cheap ploy; it just felt dangerous!

My memory was that there was a teaser poster that also had bloody numbers on it, picking up from the count in the first picture, but I can find no evidence on-line. Am I dreaming this?

And can I get an Amen for the head-in-the-fridge as one of the best Fangoria covers ever?

I'll second that "Amen," Senski! I vividly remember seeing that cover on display at a Jane Alden convenience store at the end of my street. It's incredible to me the places that used to carry Fango in its early years, back when the covers were often truly offensive!

As for that poster with the bloody numbers, can't help you. I don't remember it but that doesn't mean it wasn't there.

I always thought it was the best one, too. (Though I do also nurture a strong nostalgic fondness for Part 6: Jason Lives.)