All Eyes On October 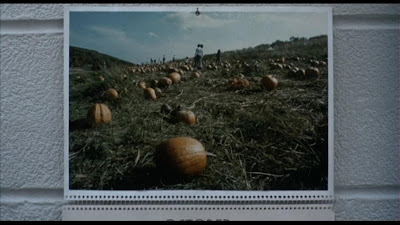 For horror fans, the turning of the calendar to October is always cause for celebration but I'm especially enthused this year because I believe this October is going to set the pace for all future Octobers. At the very least, I'm certain that this October will be the October that next October will be judged by. I'm not necessarily excited for everything that's scheduled to be released over the next month, but I am excited that there's so much to choose from. At a glance, here's what's headed our way during the next 31 days, starting tomorrow: 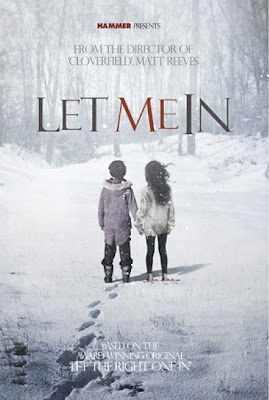 Advance word says that this will be one of those remakes that gives remakes a good name. I hated Cloverfield (2008) but I hope director Matt Reeves made a terrific movie here. And I love that this signals the return of Hammer Films to the big screen. 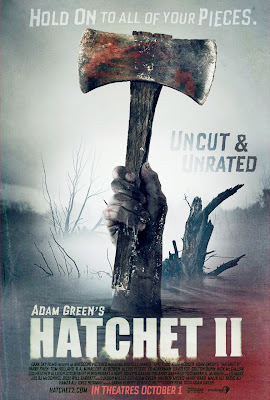 The first Hatchet did nothing for me but I'm glad for its fans that the second one is coming to theaters unrated. 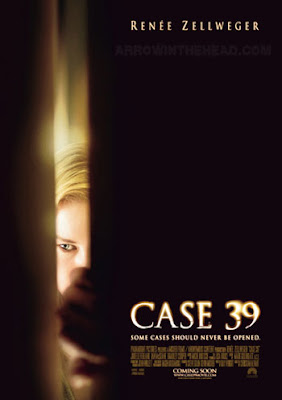 It's pretty much a certainty that this will be awful because everywhere else in the world where it's already been released the word is brutal but I think it looks like an enjoyably trashy supernatural shocker. I really liked Pandorum (2009) so I'm hoping that director Christian Alvart pulled off a few good moment here, at least. 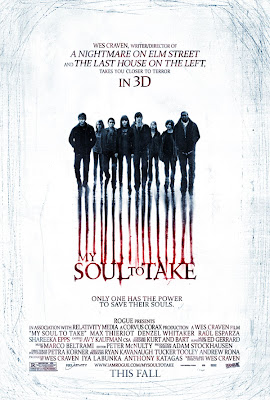 A new, original Wes Craven movie on the big screen? How can that not be a welcome thing? I'm pulling for My Soul To Take to be a solid return for Craven and a hit to boot.

I Spit On Your Grave (limited, 8th) 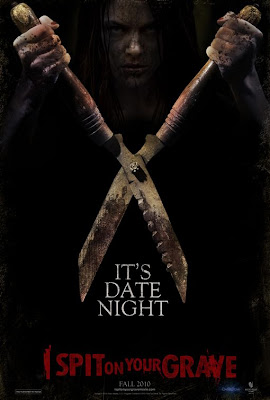 Not my cup of rape but for those who are interested, the reviews say that you'll get what you came for and then some. 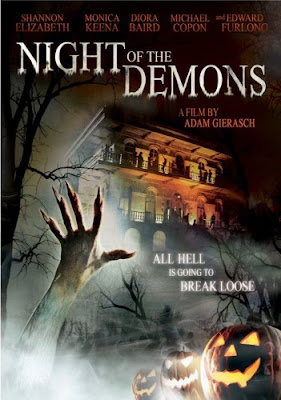 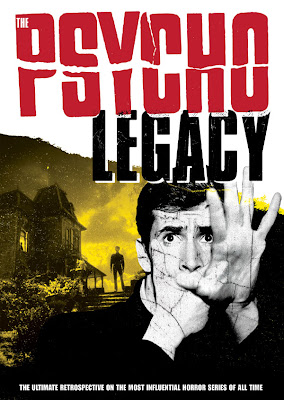 As a fan of all four Psycho movies, I've been excited about this project since the moment it was announced. Can't wait to see how it came out! Hopefully some love with be shown to the underrated Psycho III! 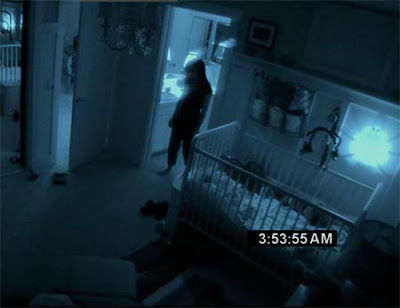 I really hope the makers of Paranormal Activity 2 took the lessons of Book of Shadows: Blair Witch 2 (2000) to heart. I'd love to see this be a worthy sequel to last year's surprise hit but catching lightening in a bottle twice is next to impossible. 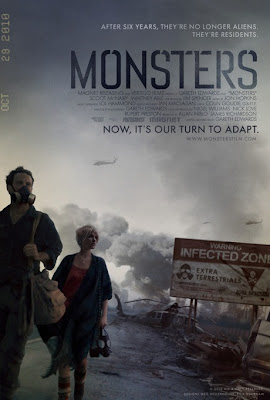 I have a feeling I'll have to wait till DVD on this one but it looks interesting. Any time low budget filmmakers attempt a monster movie rather than a slasher or a zombie movie, I think that's great. 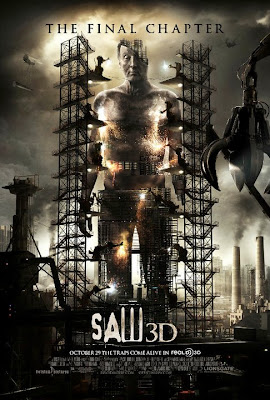 The Saw series has produced maybe two good movies during its run - and that's being kind. That said, although I usually dread the arrival of the latest Saw installment, with the series wrapping up (only temporarily, I'm sure) I'm feeling in a magnanimous mood towards the highest-grossing horror franchise of all time. If nothing else, its gloriously goofy trailer gets my nod as favorite of the year so far: 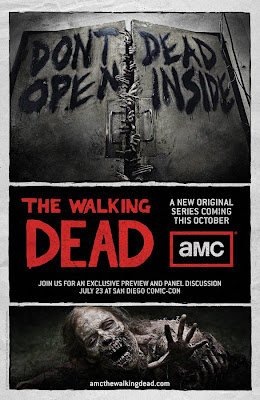 A case of "saving the best for last" as the Halloween premiere of this comic book adaptation looks like the most promising horror offering of the month. The comic itself has never felt like more than warmed-over Romero to me but I have faith in Frank Darabont to improve on the source material. If nothing else, the grisly Greg Nicotero-created zombies are going to be sweet to behold.


To all of the above, add Hammer Horror all month long on TCM! It's an October so packed, Halloween will be almost anti-climatic!
Posted by Jeff Allard at 9:04 AM

It is quite the jam-packed month, isn't it? Totally awesome, and I agree with you on how cool it is to have Hammer back on the big screen! And on the small screen, with TCM, starting tomorrow night!

I've already got the DVR set to record Brides of Dracula and Dracula, Prince of Darkness. Good stuff!

Me too, Spooky! I think this October's going to be a winner!

'Monsters' and 'The Walking Dead' will have me watching... maybe 'Let Me In' if folks like you give it the grade.
Happy to see the 'Saw' franchise get a final chapter but it's too much to hope for... and 'Hatchet 2'... man, I really thought the first one stunk on ice.

I'm all set for Hammer month on TCM also... and I hear Elvira is back in some areas.
Yay! for October!

Elvira did return last week - unfortunately, no station on my cable provider carries it! Man, does that suck! As for Hatchet, I'm glad I'm not the only one who found that movie to be pretty useless.

Huh, the Night of the Demons re-make is finally coming out. I was wondering what happened to that the other day.

Also, the Saw 3-D poster is interesting. I haven't seen any of the Saw films except the first, so I don't know if that poster has any meaning.