Rankin/Bass And The Eye Of The Tiger 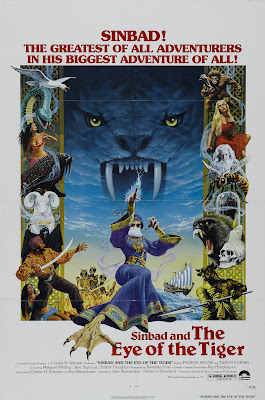 Treating my five-year-old son to his first viewings of the Rankin/Bass holiday classic Santa Claus is Comin' to Town (1970) and Sinbad and the Eye of the Tiger (1977) within twenty-four hours of each other has thrown me into a state of stop-motion shock. These are such well-remembered pieces of my childhood that I didn't think either one would look especially dated to me today, even though it's been several decades since my previous viewings. But man, after watching them both again, and practically back-to-back, I had to think "if this is the kind of stuff I grew up on, if this is the kind of stuff that really mesmerized me as a kid..." 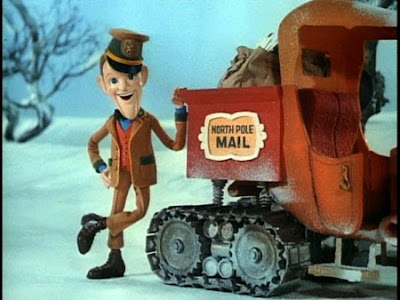 I remember watching Jurassic Park in '93 and shedding an invisible (but real) tear for the death of stop-motion. Yeah, it was true that even top of the line stop-motion always suffered from strobing and I knew that, even in 1981, Clash of the Titans had looked hokey as hell next to the likes of Raiders of the Lost Ark but still...so many great memories from my childhood had been conjured by stop-motion. Wasn't that worth continuing to put up with some obvious artifice? CGI could never duplicate the natural endearment that came with knowing that a character had been painstaking moved by human hands in order to put one foot in front of the other.
In theory, I still believe that but yet, watching the Rankin/Bass special I can't believe that I used to shit my pants once a year over it, and over all the other holiday specials like it. 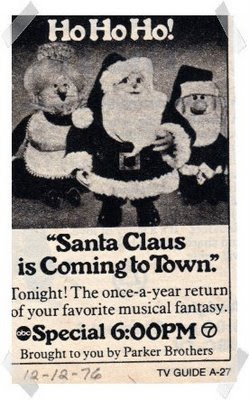 And Sinbad and the Eye of the Tiger? Harryhausen is a genius, that's undeniable. And I can't forget what an experience it was to see this in the theaters. But this movie looks old to me now in a way that many films that are much older don't, if that makes any sense. You'd never guess that it came out the same summer as Star Wars, that's for sure. On the upside, at least Jane Seymour looked every bit as hot as I'd remembered. 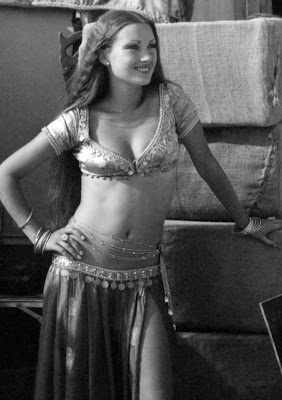 More than being faintly disappointed in the movies, though, I'm a little sad about what my reaction says about myself. Usually I feel that I'm as wide-eyed as I've ever been when it comes to movies. Like, to a fault almost. I feel like I'm too easily won over by films, as long as they cater to some nerdy passion of mine. And passions don't come much nerdier than stop-motion. Coraline, Fantastic Mr. Fox? Loved them. It helps, of course, that those two were just great movies, period.

Maybe that's it. Maybe their primitive technical qualities really have nothing to do with why Santa Claus is Comin' to Town and Sinbad and the Eye of the Tiger seem so creaky and old hat to me now, it's the storytelling. There's a difference between something that appeals to your inner child and something that's just infantile. Sometimes I think I'm oblivious to that difference, but I guess I'm not.*

I was so enchanted by Santa Claus is Comin' To Town and Sinbad and the Eye of the Tiger as a young kid but I can't help but regard them as corny now and that's a heartbreaker - a reminder of how much time has gone by and how I look at the world with much older eyes now, prone to rolling. But my son liked them just fine, and that's what counts. I just hope we'll be equally dazzled by Tron: Legacy.

*Individual cases may vary.
Posted by Jeff Allard at 4:37 AM

Email ThisBlogThis!Share to TwitterShare to FacebookShare to Pinterest
Labels: Rankin/Bass, Ray Harryhausen, Santa Claus Is Comin' To Town, Sinbad and the Eye of the Tiger

It really caught my attention.

But, you're so right, as much as Ray's genius is undeniable I had a very similar reaction recently when I shared the 7th Voyage Of Sinbad with my son.

I was cringing as he made fun of it.

I thought to myself, how come I didn't have the same reaction as him as a kid.

Needless to say, he didn't quite see the magic in it that you and I saw as kids, but somehow, like you, I found it to be, well, old and not as much fun to watch.

Granted I'm still a sucker for those Christmas specials. : )

Glad this post gave you a laugh, SFF. As I rediscover old favorites along with my son, it sometimes proves to be a sobering experience!

I'm still a sucker for stop-motion animation... even more now that I've done a bit of it... but even as a kid those Sindbad and Rankin Bass things were... well, I just just watched them for the monsters and toy elements... the plot/humans were pretty lame.
I remember getting pretty excited when computer animation was ramping up... but it never had the 'charm' that stop-motion does, maybe because it's digital nature always seems to leave it feeling a bit cold and lifeless (to my eyes).

I've subjected a very young dinosaur fan I know to some of the old stuff and happily he hasn't made any disparaging comments... yet.

Definitely hear ya' on the Sinbad stuff. I recently re-watched 'Eye of the Tiger' and 'Golden Voyage'. It's definitely the scripts and direction, and in some cases the actors that come up short for me. Harryhausen's effects may be hokey, but I still think they're cool. But 'Eye of the Tiger' especially suffers from such bland writing and a hero who's practically worthless. 'Golden Voyage' fares a little better thanks to a great cast (John Phillip Law as Sinbad and Tom "the best Doctor Who" Baker as the bad guy, plus Caroline Munro as the love interest. Still feels a bit dated, but it's a lot more tolerable than 'Eye'.

Knob, dinosaurs are the best! I wish a new Jurassic Park or some other dinosaur project would come along soon.

Bob, I'm glad to hear that Golden Voyage holds up better than Eye. Eye is just so bland in every department. Harryhausen's effects are still cool but whereas in a better movie, you'd call them "timeless," in Eye they just feel hokey.