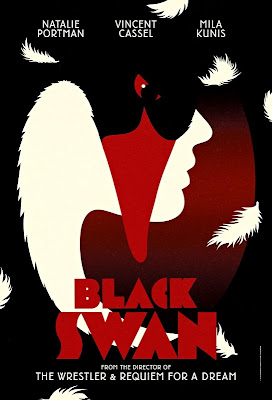 My year-end list of the best and worst of 2010 is up now at Shock Till You Drop. By mutual consent, STYD editor Ryan Turek and I decided to go easy on ourselves and limit our Best choices this year to a Top Five rather than a Top Ten because, you know, 2010 just wasn't a Top Ten kind of year. Maybe if I had seen every genre film this year, I could've squeaked one out but it would've been a stretch and there's no telling if I would've liked films like Monsters or Rare Exports as much as others have.

Besides, I kind of like limiting the Best picks to five. Even in better years than this, ten usually means listing every movie I kind of/sort of liked but five...well, then there's some real choosing involved.
Some may gripe that some of my picks aren't really horror films but all I can say is that I disagree. Some might not consider films like Repulsion (1965), The Wicker Man (1973), or Picnic at Hanging Rock (1975) to be horror either and for those that don't, that's fine but I can't imagine feeling that way and still devoting much time to thinking about genre films.
Anyhow, with 2010 now all but officially over I'm all for forgetting about the films I disliked this year, being thankful for the few I did like, and moving on to a better year in 2011.
Posted by Jeff Allard at 9:20 PM

Email ThisBlogThis!Share to TwitterShare to FacebookShare to Pinterest
Labels: Best And Worst of 2010

I'm not in tune with the current crop of horror films, so I wouldn't be able to make similar lists. I agree that the definition of "horror" is more expansive than most fans give it credit for.

I agree. For some people if a movie's on a higher level than a Saw or Friday the 13th film then it has to be called something else besides horror. That's a stance I've never been in agreement with.