Head Of The Class 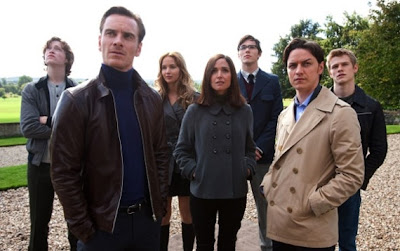 The sub-genre of comic book adaptations isn't exclusively composed of superhero-related material. With films like Ghost World (2001), Road to Perdition (2002), American Splendor (2003), and A History of Violence (2005), "comic book movies" aren't just about costumed crime fighters. That said, when fans debate about which comic book film deserves the title of Best Comic Book Film, they're typically talking about movies where people wear tights and fly around.

Once upon a time, that was a very slim group of movies to discuss. You had the Superman and Batman franchises, a smattering of pulp or pulp-inspired adaptations - like The Rocketeer (1991), The Shadow (1994) and The Phantom (1996) - and a mostly embarrassing handful of Marvel Comics films.

All that changed in 2000 with X-Men. Marvel finally got in the game for real with Blade (1998) but it was X-Men that really put the Marvel movie brand on the map. Director Bryan Singer, with the help of producer (and X-Men fan) Tom DeSanto, made X-Men into a major evolutionary leap for comic book adaptations. Even if it wasn't quite a classic, it was definitely an important building block whose success would make other, better films possible.

Whereas fans once had to squint to see the faint remnants of their favorite comic characters in the movies that bore their namesakes, fidelity to the source material is now almost a given and X-Men helped that happen. In fact, we've become so accustomed to comic book adaptations taking their cues directly from the books that it's no longer a novelty when filmmakers get it right. But there's getting it right and then there's really nailing it and X-Men: First Class is an example of the latter.

In telling the tale of how two young leaders emerged from a budding young age of mutants in the 1960s - telepath Charles Xavier (James McAvoy) and master of magnetism Erik Lehnsherr (Michael Fassbender) - X-Men: First Class combines elements of history, social allegory, coming of age drama, James Bond-ish action, splashy superheroics, and revolutionary ideology. And yet, incredibly, it never seems to be biting off more than it can chew. The script by director Matthew Vaughn (Kick-Ass) and writers Jane Goldman, Ashley Edward Miller, and Zack Stentz is swift-moving and uncluttered, despite its multitude of mutants and its political milieu.

As for how well First Class functions as a prequel to the X-Men trilogy and X-Men Origins: Wolverine (2009), I couldn't say as it's been awhile since I've watched any of those films but the film begins as Singer's original X-Men did, with young Erik being separated from his parents in a concentration camp. Only now instead of the film jumping ahead to the present day, we see how the young boy's uncanny ability to bend metal with his mind catches the attention of scientist Dr. Schmidt (Kevin Bacon). Thanks to Schmidt's sadism, Erik's talents are tragically brought further to the surface.

By the '60s, Erik has become a hunter of Nazi war criminals, travelling the world and using his mutant talent to execute the guilty for their crimes. At the same time, Charles Xavier is covertly enjoying the fruits of his telepathic gifts until CIA agent Moria MacTaggert (Rose Byrne) approaches him with the prospect of a world-changing assignment - rooting out a mutant who's intent on manipulating global nuclear tensions. This mutant is Sebastian Shaw, formerly Dr. Schmidt, and before long, both Xavier and Erik are working together with the American government to bring an opposing force of mutants to bear against Shaw and his so-called Hellfire Club.

McAvoy and Fassbender prove to be brilliantly cast, bringing their character's conflict to life and handily overcoming any comparisons to Patrick Stewart and Ian McKellan, their mutual predecessors. The rest of the cast is sharp as well, although characters like Darwin (Edi Gathegi) understandably get a lot less screen time than Xavier and Erik do. Some viewers may be put off that characters like Emma Frost (January Jones) are essentially bit players here but it didn't bother me.

I'm not as fluent in the X-books as I am with other corners of the Marvel U so while I'm sure there's nitpicks to be made with continuity, I'm not aware of them. But even if I were, I probably wouldn't care. As a Spidey fanatic, I could make a case that the movie series should've had Betty Brant as Peter's first love, should have not introduced MJ until at least the third film, and should have kept the mystery of who the Green Goblin was running for a few films before his identity became a shocking reveal to Peter but I don't think there has to be such a painstaking attempt to emulate the books. As long as the essential spirit of the material is up on the screen along with most of the relevant character info, I'm good. To my eyes, First Class gets the X-Men right and I love that it pops off the screen with such Silver Age swagger.

The two Singer-directed X-films were smart but in terms of supplying comic book excitment, both left me kind of flat. I liked them but couldn't say I loved them. Brett Ratner's X-Men: The Last Stand (2006) and Gavin Hood's Wolverine were more appealingly "comic book" in their action but both were sadly knuckleheaded in other respects. First Class, in contrast, brings both the brains and the fun.

What works on a comic book page doesn't always carry over into film (or so we've been told) but yet Vaughn laces his film with touches that Singer (who is involved here as an executive producer) surely wouldn't have - such having Shaw tooling around in a submarine HQ that would've fit right into a Connery-era Bond movie. First Class is larger than life in a way that the previous X-films - and many modern comic book films in general - have been afraid to be. It lets its freak flag fly with real confidence, even as its characters struggle with their outsider status. Further, I'd like to say thanks to Vaughn for going against the grain and staging his action scenes with a clarity that's rare in modern movies. When several mutants are engaged in an ariel battle towards the end of First Class, it was thrilling to actually be able to follow what was going on (I also believe there was some old-school wirework involved in this scene, although I might be mistaken).

Extra kudos for the sly Superman II (1980) shout-out and for the very apt appearance of one of mutant-kind's finest, Michael Ironside, who played Darryl Revok in David Cronenberg's X-Men-ish classic Scanners (1981).

Based on the early photos from the film, I had serious doubts that First Class would be anything but an embarrassment (maybe not as bad as Wolverine but still an embarrassment). I like to think that I'm not normally susceptible to pre-judging but, to me, First Class looked truly awful. What a surprise, then, to find that this is one of the best films of its kind. Actually, strike that, it's just a great film period. Now if only First Class can become the hit that it deserves to be, hopefully we can get a '70s-set follow-up, with Dazzler lighting up the disco floor. 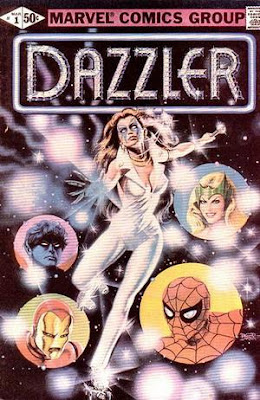 I was on the fence about this one-I dig the 1st two Xmen films but never read their comics.

This actually sounds like it'll be a blast. I'm hitting a midnight screening of YellowBrickRoad tonight and think I might go see this film first.

I thought it was an enjoyable enough lightweight action film, but felt it lacked the substance of Singer's first two films. I guess I kind of come at this series from the opposite side of you. I like the super hero action, but I like it anchored with something a little more meaningful, and I just don't feel we got that here.

I do agree that MacAvoy and Fassbender are great, as is Jennifer Lawrence. When the movie is focused on those three characters, it's at its best. And there are definitely some nicely done action scenes, as you said. But unlike you, I did feel the film was a bit cluttered. The team Charles and Erik recruit don't really get developed much except for Beast, and I thought the film felt rushed at times in trying to fit too much into its running time.

As for faithfulness to the comics, there pretty much is none, which is fine as far as I'm concerned. The movie X-Men are their own separate thing, and fanboy whining be damned, shouldn't have to be bound by the source material. If this were really the "first class", it would have been Cyclops, Angel, Beast, Iceman and Marvel Girl (aka Jean Grey), but the ages of the characters as established in the previous movies wouldn't mesh with that.

Anyway, not a bad movie, but for me, it falls short of the first two X-flicks. More pertinent for this year, I didn't enjoy it nearly as much as I did 'Thor'.

Thor was an awful lot of fun - I've taken Owen back to see it about four times now and it hasn't lost its appeal so that's saying something.

I agree that the rest of Xavier's team (or Shaw's, for that matter) aren't well-developed but I felt that most of the characters in the other X-Men movies were similarly underserved by the storylines. In a two-hour movie (give or take) with a large cast and big action sequences, there's only so much attention that can be given to each character.

As for Singer's films being more substantial, I'll have to disagree. Singer spotlights the obvious metaphor of mutants representing society's outsiders so "mutant" becomes analogous to being gay or being an ethnic minority or whatever but it's so on the nose and Singer doesn't really do anything with it. It seems like it's just lying there on the surface of the film so Singer can intellectually justify being involved in adapting a comic book.

First Class, on the other hand, adds a new wrinkle or two. I liked that Charles is oblivious as to how a mutant like Raven would feel about having to hide her mutation whereas Charles can easily function as an "invisible" mutant.

It shows that even a visionary like Charles can be shortsighted and how a good person like Raven can justify being an enemy to society.

I also liked Hank's desperation to fit in with the normal world. And his eventual transformation, even as he applied his "cure", served as a nice statement for how whatever we are inside will eventually find its way out, no matter how we try to supress it.

Either way, I've got to give it up for First Class for the simple fact that Magneto was a bad-ass and that when he went outlaw all the way he pimped out his helmet.

Certainly Marvel went big time a year before Blade with Men in Black (1997), a series they acquired from Malibu Comics in 1994. Compared to the box office punch of MiB, Blade is strictly second tier.

That's a good point but while MiB might have been owned by Marvel, I don't count MiB as a "Marvel movie" anymore than I would the two Conan films even though Conan was being published by Marvel at the time (Conan the Destroyer's story was even concocted by popular comic scribes Roy Thomas and Gerry Conway). MiB's success might have been a great source of revenue for Marvel but it didn't do much to advance them as an identifiable cinematic brand.