Remembering The Class Of '02 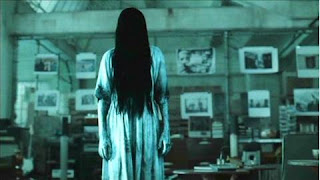 The older I get, the more I find myself saying crap like "man, where did the time go?" but I have to say it feels odd to consider that 2002 is already a long ten years ago.

It wasn't a particular milestone year for the genre but as the year following the events of 9/11, it did represent a crossroads of sorts. Post 9/11, some pundits speculated that the audience for fear fare might dry up in the wake of such a catastrophic tragedy but, if anything, the fall out of 9/11 and the two wars the US became embroiled in because of it led to a renewed popularity for the genre.

That new wave didn't really florish until 2003/2004 but 2002 laid the groundwork for big things to come and over at Shock Till You Drop, we've taken a look back at a handful of films that helped define that transitional year. This is not intended to be a "best of" list but simply an acknowledgement of several films that proved notable in one way or another - whether they kicked off trends, put an end cap on an era, or tapped into the cultural mood at the time. In sizing up the Class of '02, Spencer Perry writes about Signs, Tyler Doupe takes on Resident Evil, Paul Doro considers the teen thriller Swimfan, while I take a look back at The Ring and Halloween: Resurrection.

Regarding Halloween: Resurrection, even though that movie will never be much good (no matter how much time passes!), I'll always regard it with some affection. Filmed prior to 9/11 (originally it was meant to come out in September of '01 but reshoots and schedule shuffles moved its release to almost a year later), Resurrection has the virtue of being one of the last horror movies to be filmed pre-9/11 and as such feels like a bittersweet keepsake of a time when a "killer shark in baggy-ass overalls" could be more easily touted as the epitome of Evil.
Posted by Jeff Allard at 10:19 AM