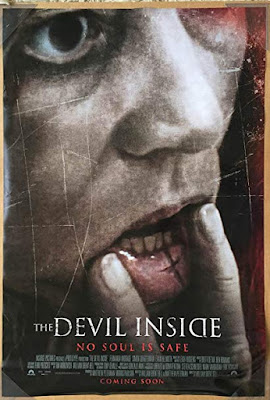 Combining the found footage genre with the exorcism genre, that's a slam dunk. Not for the movie itself, that was a dud. But for the purposes of the trailer and selling an audience on the pseudo veracity of this story, it's perfect! The Last Exorcism got there first in 2010 with that particular combo but The Devil Inside sold itself far better. 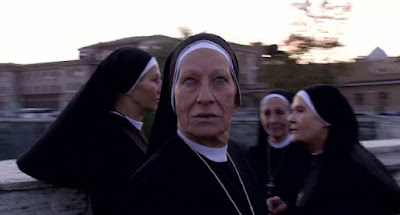 The marketing of horror movies is, often times, easier for me to appreciate and admire than the movies themselves. I suppose that's just one way of saying the trailers are often better than the movies they're promoting but I genuinely love the excitement that a great trailer can generate - even if the final product is an unfulfilling one. 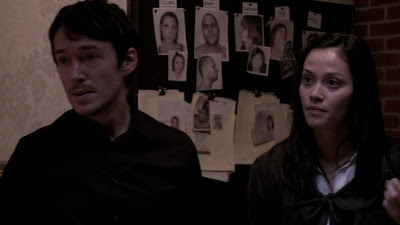 I saw The Devil Inside with a packed house when it premiered in January of 2012 and I still remember the chorus of angry boo's that erupted when the end credits rolled! But yet it played to full houses across the country and every single ticket got sold because the trailer and killer TV spots like this hyped the living hell out of this movie.

Some people might resent trailers that dupe them into paying good money to see movies that don't live up to the hype. But not this guy!

No, while I would certainly prefer that every horror movie with a great trailer delivered on that promise, I never feel like a trailer misled me. Life is full of disappointments, you know? That's just a given. But while movies might frequently let you down, trailers rarely do. Trailers, for me, are an experience completely unto themselves.

They instill a sense of excitement that can last for weeks or months until the movie is released. If the movie ultimately fails to pay off on that anticipation, it's almost inconsequential to me.

When I look back at a trailer like the one for The Devil Inside, my thoughts are less about how much the movie wasn't what I'd hoped it would be but rather "wasn't it fun to be so pumped for this movie?"

No matter how many times I've been burned by a lame horror movie, I've never become cynical about them. A good trailer can still put me in a giddy mood.

Anything that can do that, to lift someone's spirits, that's invaluable. Trailers...they do God's work. Even when they're selling devil movies! 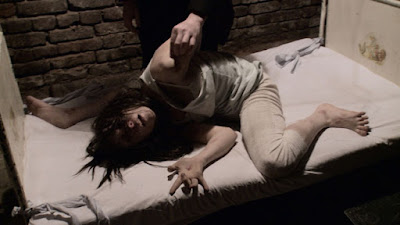 Email ThisBlogThis!Share to TwitterShare to FacebookShare to Pinterest
Labels: The Devil Inside, Trick Or Trailers, William Brent Bell