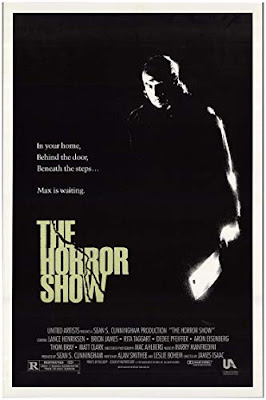 Back when I named this blog, way back in (gasp!) 2007, I didn't put much thought into it. Truth be told, I've always kind of hated it and wish I'd taken a moment or two to come up with something better.

But what I definitely don't hate is the movie that the name hails from, 1989's The Horror Show. I mean, what's to hate about this:

Pure gold is what that is!

Originally meant to be House III (and released overseas as such), The Horror Show was re-titled in the US due to its intensity being out of step with the lighthearted nature of the first two House installments. 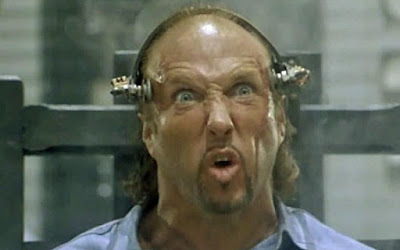 Casting classic character actor Brion James as horror icon in the making, "Meat Cleaver Max," was an inspired move that should have guaranteed that The Horror Show would spawn its own franchise. 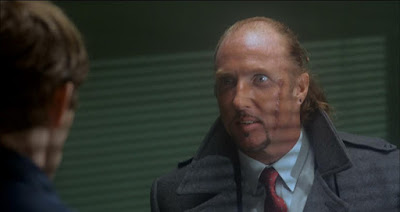 Certainly, James tore into his role with all the gusto you'd expect, giving Max Jenke a signature maniacal laugh and spitting out lines like "I'm coming back to tear your world apart...I'm going to fuck you up!" with pure commitment. Brion had to be the first and only choice for this. I can't imagine anyone else even trying to out-Jenke James.

Pairing an actor as formidable as James with one as equally formidable as Lance Henriksen as the cop that Jenke torments was a masterstroke of casting. Having these two acting powerhouses face off against each other is not just rare in the slasher sub-genre, it's completely unheard of. That alone makes The Horror Show notable. 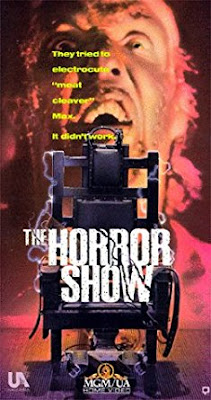 Sadly, all that talent and the name of Friday the 13th and House producer Sean Cunningham couldn't get audiences to buy enough tickets to The Horror Show back in the day and James never got the chance to be the next Freddy Krueger.

Hardly seems fair but those are the breaks. In life, you take your shots and you make the best of them. In the case of The Horror Show, Brion James made every moment count. When you've got the chance to become the next horror icon, you've got to think of it as the opportunity of a lifetime and swing for the fences. And you can't just chew some of the scenery, you've got to chew all of it. 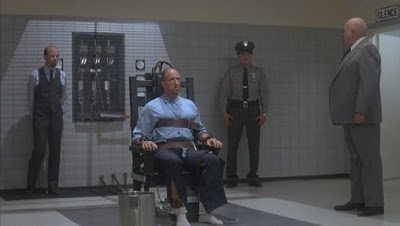 Above all, win or lose, make damn sure they remember you. 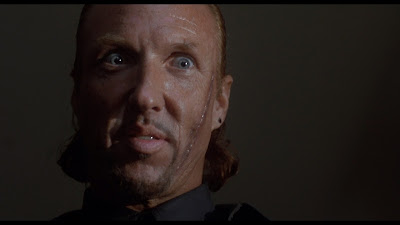 Appreciate these little write-ups, really helps enhance the season. As I get older I find myself making more of an effort to get that "old feeling" back. I remember that boom period where horror blogs where everywhere. It wasn't so much about keeping up on news for upcoming movies but just seeing like minded individuals batting around thoughts and ideas about the things we love. Hope to see you next year, if not sooner.

You never know, Jose! Anything's possible! I do miss the boom period of the horror blogs (which I guess would be from around '07 to '11). That was a good time and, like you say, it wasn't about keeping up on news, it was about sharing a mutual love of the genre. I think it faded as people just got busy with their own lives (I can relate!) and also, with the rise of Twitter and FB and Instagram, I think attention spans became shorter and people just wanted to say less and read less and so on. I don't know. But I'm glad you enjoyed the write-ups this year. I certainly enjoyed doing them so we'll see what the future might hold!