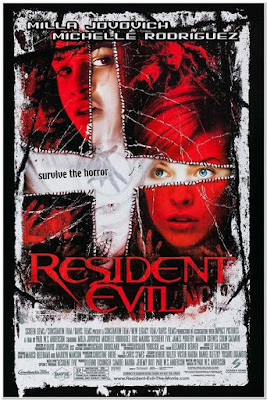 Kind of crazy how the movies from the early 00's are old now. If you don't believe me, just take a look at the trailer for 2002's Resident Evil and tell me that it doesn't look like a relic from a bygone age.

It's so early 00's, right? I mean, not a lot of movies today would consider it a selling point to boast "new music from Slipknot."

The world of 2002 was certainly a different place for the horror genre. Dark Castle was still a thing with the release of Ghost Ship. Eli Roth debuted as the hot new name in horror with Cabin Fever. And the J-Horror trend just hit the US with Gore Verbinski's remake of The Ring. 2002 was so long ago that not only were we in a pre-Blumhouse time but Liongate hadn't even had its day yet as the studio to beat for genre fare. if you can believe it, we were still in the Dimension Films era with the release of Halloween: Resurrection.

Seems more like the last century, not the last decade.

Something else that was different then that seems hard to imagine now is that the zombie genre was dead. Before Resident Evil I don't think there'd been a new, serious zombie movie in theaters since the remake of Night of the Living Dead in 1990. 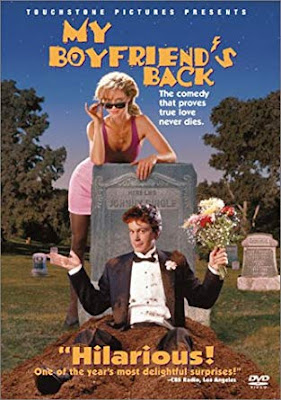 There was the comedy My Boyfriend's Back in 1993 but as far as serious, flesh-eating ghouls, nothing. Resident Evil brought back the living dead in a big way when it was released in March of 2002. I'm not a gamer so the fact that this was an adaptation of the popular game meant nothing to me but as a zombie fan eager to see the sub-genre make a comeback I was thrilled when I saw the trailer for RE.

A lot of people credit Danny Boyle's 28 Days Later for kick-starting the zombie craze but while I agree it helped, RE is what got the ball rolling.

Resident Evil came out in March of '02 while 28 Days Later didn't premiere until November '02 in the UK and not until January '03 in the US. So RE was very much ahead of it and was a bigger box office hit to boot. There seems to be a revisionist history at work these days where discussions about horror in the '00s give all the credit for the return of zombie movies to 28 Days Later and forget Resident Evil.

Maybe it's because Boyle's film was more critically acclaimed and it's just more fashionable to laud it than to give Paul W.S. Anderson any credit but the truth is that Anderson made zombies into a bankable thing again. He brought an energy and excitement to zombie movies that they hadn't had in ages. RE was a new breed of zombie movie for a new decade - a new century even! - and it re-introduced zombies as a still-viable movie monster to a whole new generation of fans.

Yes, 28 Days Later came along and further amplified that but RE was there first. Credit where credit is due. And for me, personally, I just like Resident Evil better. 28 Days Later is perfectly fine but it doesn't have Milla Jovovich kicking ass, does it? 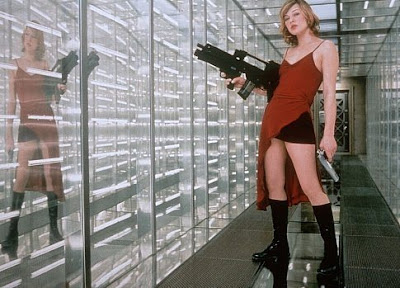 Of course, these days I can't think of an aspect of the horror genre I'm more ready to see go away than zombies. The Walking Dead beat my love of the undead out of me. That's another thing I couldn't imagine back in 2002 but that was whole other time and whole other world. 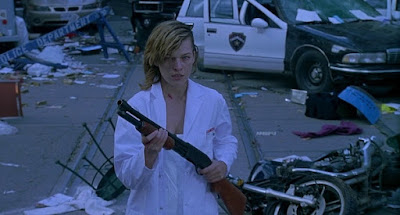