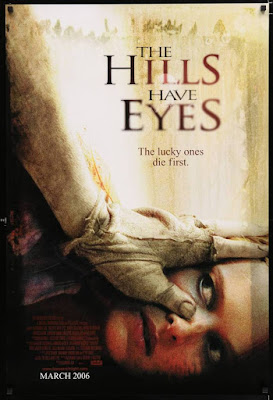 I'm waiting for the day - surely in the not-too-distant future - when some horror fan born around '93 or so will write a book about the Golden Age of Horror as being from 2003 to 2007. You might find that an appalling - or at the very least absurd - thought but bear with me.

I don't think anyone would argue that the horror films that we see at an impressionable age are the ones that stay with us. That's just how it goes, right?

Being born in 1968, the years from '78 to '82 were my golden age for horror. The movies from those years are the ones that imprinted on me the most. I was old enough to see movies and understand them but yet young enough to not be jaded about them yet. It just so happens that those were very good years for horror by most objective standards but, at the time, there were also plenty of complaints from critics and adult fans about the slasher trend and the rise of splatter FX. It wasn't until fans of my generation got older that the virtues of, say, Friday the 13th or My Bloody Valentine were fully appreciated.

I think the mid-'00s are going to be a lot like that. Movies that may have seemed like forgettable junk to people my age are going to be revealed to have be defining movies for younger fans.

Which brings me to The Hills Have Eyes remake of 2006:

That time just has an unmistakable vibe to it.

Everything seemed so hardcore then! Horror movies had been safe and tepid for so long all through the late '80s and the entire '90s and the 00's might well have continued on that same path but once 2003 came around with the Texas Chainsaw remake, Wrong Turn, Saw, Cabin Fever and House of 1,000 Corpses (I'm not saying all those movies are good, by the way, only that they came out around the same time!) it was like horror was suddenly back in the business of trying to hurt the audience again in a way it hadn't been in ages.

Was it due to our collective trauma from 9/11 and the Iraq War?

Maybe. Probably. I don't know. Your guess is as good as mine.

Point being, horror of the mid-'00s was all about being fucking gnarly and The Hills Have Eyes remake embraced and embodied that style.

How could they not be?

The generation before grew up with horror being jokey and semi-ironic. The horror films of the '00s, whatever their respective merits may be, wasn't about that. Movies like Hostel and The Hills Have Eyes were a long way from The Craft and Urban Legend. 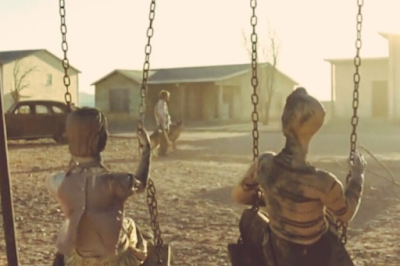 The Paranormal Activity films supplanted the Saw series as the big annual Halloween event and it was like the '00s had never happened. Kind of like when grunge got replaced by Britney Spears and 'N Sync.

When grunge was at its peak, no one thought music would ever go back to pop bullshit again but things can only stay so intense for so long, I guess. Sure, things aren't totally soft now. Some of that 00's vibe still lingers here and there but back then, it was like horror was on an united mission. There's no way the kids of that time don't think back to those days and say "man, remember when horror movies used to kick ass?" 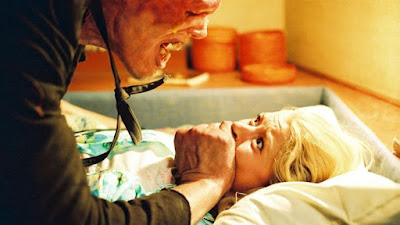 That might seem silly to those who lived through that time as adults but, past a certain age, no one ever believes the time they're living through is going to be well-remembered. That's because the present always compares poorly to the memories of when we were younger.

You know, the good old days.

I wonder if growing up with internet access won't subvert that sort of thing a bit... since kids will have access to pretty much all eras of everything.
Like, last weekend I was at a party and a pre-teen girl was telling me about watching Halloween, the original. She hadn't seen the more recent remakes or sequel. Another kid who I tutor was excited to play me a David Bowie song she'd just discovered on Youtube. It's all right there for them.
When I was a kid I heard about a lot of movies I had no way to watch... so I was stuck with old (good) stuff on TV or whatever I could get to the theater to see (not much). Such limitations are long gone, unless your looking for something really obscure.

Nice to read you again, by the way.

Thanks man! I don't know how the internet affects viewing habits as far as kids reaching back to older times. Certainly, the access is there in a way it wasn't before. It's crazy to me how my son can watch any movie he has an interest in through DVDs or streaming or YouTube. That's a long way from how I grew up in the '70s and '80s and had to wait for years to see certain films because they were out of circulation for one reason or another.

So the whole spectrum of movies, of every era, is open to young people now - if they have an interest in it. But yet I do think that people are naturally attached to the movies they grow up on. I always loved the Hammer and Universal classics, which were well before my time, but yet it's the movies that were released when I was a kid, the ones I saw in the theaters or on TV and followed the promos and reviews for as they were coming out, that I have a special affection for.

I have to imagine the horror era of the 00's, all advertised with aggressive, brutal imagery, didn't burrow into the brains of many young fans at the time. That wasn't my era for horror but I'll be interested to see how it's appreciated as time goes on by the fans who were of the right age to really be impacted by it.