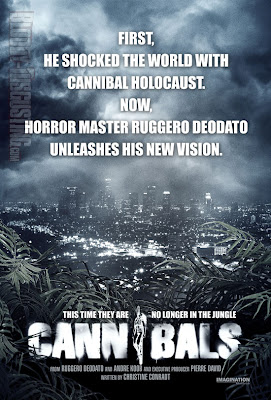 It definitely makes sense to try and include the iconography of Ruggero Deodato's Cannibal Holocaust in advertising his follow-up. I get that. But yet there's just something strange about a poster that uses one of the most notorious and appalling images I've ever seen in a film as part of its title font. I bet someone in the Cannibals camp must've been feeling proud when this concept dawned on them, though ("Hey, shouldn't the "I" be that chick with the pole rammed through her?"). And it just makes me wonder if there could be a whole alphabet of movie atrocities waiting to be discovered.

And where's the obvious tagline, by the way? Come on, with that Predator 2-esque shot overlooking the City of Angels, it can only mean that "They're In Town...And Looking For A Bite To Eat!" 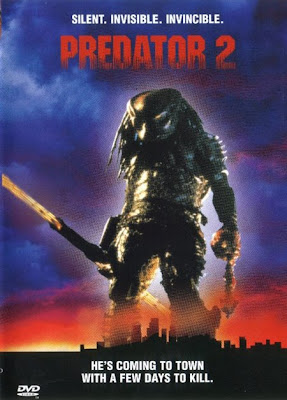