A House Is Not A Funeral Home 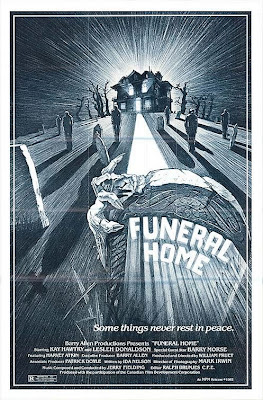 In the late '70s and early '80s, the Great White North exported a number of home-grown horror films that went on to become fan favorites. Besides the early work of David Cronenberg, films such as Prom Night (1980), Terror Train (1980), Happy Birthday to Me (1981), My Bloody Valentine (1981), and Curtains (1983) all hailed from Canada. But despite those impressive titles, not everything from Canada in those days was so golden. Consider the case of 1980's long-forgotten Funeral Home.