A meme concerning favorite film characters is circulating and I've received an invitation from Film Father to join in. Participants are asked to name their top ten favorite movie characters and with such a small number to go with, rather than risk over thinking my picks, I tried as much as possible to make my choices off-the-cuff. My only selection process was to avoid loading my list too heavily with misanthropic men.

So, in no particular order - ten favorite characters: 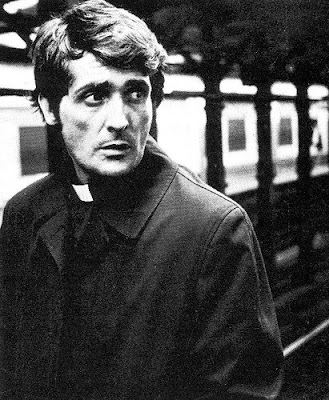 While The Exorcist garnered a reputation in its day as being a profane piece of work, with the character of Father Karras, William Friedkin's film presented one of the most humane, decent, and sympathetically flawed characters in film. As played by Jason Miller, Father Karras visibly carries the weight of the world on his shoulders but is devoid of self-pity. His no nonsense demeanor is a great part of what sells us on the reality of the extraordinary events of The Exorcist. And his personal pain - dealing with the inability to provide for decent care for his elderly mother or be with her at the time of her death - makes him a compelling character study in his own right. 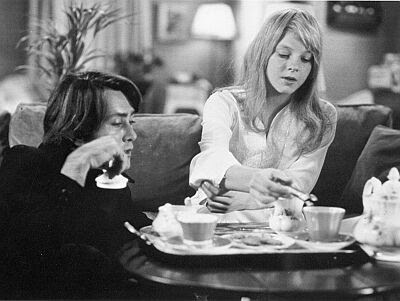 An independent young girl with a dark secret, the precocious character of Rynn Jacobs (played by Jodie Foster), was the first real crush of my childhood. Promoted as a horror movie (which is why I was motivated to watch it as a kid), The Little Girl Who Lives Down the Lane is much more of a drama and a coming of age romance. Foster's sensitive portrayal of this preternaturally intelligent thirteen-year-old who zealously guards the secret of her father's demise - even to the point of killing to protect her ability to live alone - made Rynn into a character who was beguiling and attractive rather than ghoulish. And appealingly, as smart as she is, Rynn is able to come off as being vulnerable and not quite infallible in her ability to outcon the adult world. Today I suspect the same character would likely lose that dimensionality and be written and played as a smug Ellen Page-type wiseass with a sardonic quip for every encounter. 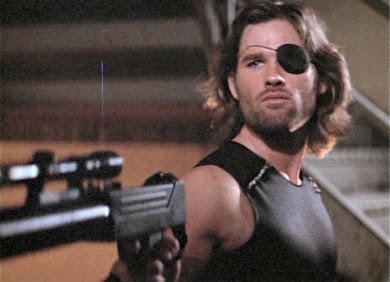 Yes, this character is just a riff on Clint Eastwood's Man With No Name but my inner twelve-year-old will always be in thrall of Kurt Russell and John Carpenter's surly pulp hero. What I like most about Snake is that, by design, he's the embodiment of adolescent, anti-social, anti-authoritarian impulses. He's the guy who's so self-reliant that he doesn't care if society completely implodes. In fact, it'd be better for him if it did because he sees organized society as just an impediment to his survival and independence. 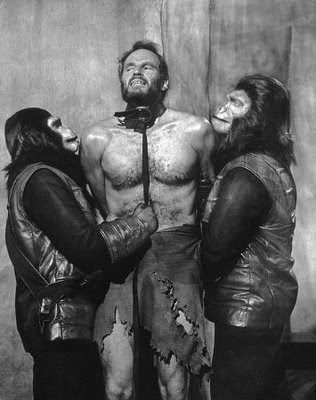 A lot of people revere Charlton Heston's Omega Man character of Robert Neville but I'm with his turn as Taylor all the way. I love that even though everything is stacked against him - he's jarred out of his own time, he's on (what he believes to be) another planet, his crewmates are all dead or trashed, and monkeys are running the show - Taylor is still berating and belligerent to all around him, never questioning his own superiority. I also love that even though he hates the human race to the point where he had to leave the Earth just to escape his antipathy for his fellow man, he still proudly carries the torch for humanity's accomplishments in an "upside down world". And at the end of Beneath the Planet of the Apes he gets to destroy the whole planet just to stick it to the (ape) Man. How cool is that? 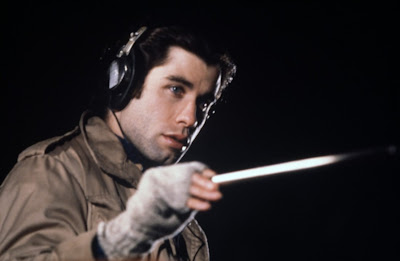 It's not surprising that Brian De Palma's political thriller didn't take off with audiences at the time of its release. Even though it was made in the early '80s, it's sensibilities are much more aligned with those of '70s cinema. Not just in De Palma's visual style but in the bitter failings of his protagonist, movie sound effects technician Jack Terry. As played by John Travolta, Jack Terry is a burned-out case to begin with, toiling in the trenches of B-movie filmmaking, haunted by a tragic event years earlier in which his work assisting the police with an undercover wiretap led to the grisly death of a policeman. When he gets wrapped up in a possible political assassination and cover-up, his life goes even more wrong. What I like about Jack is that his obsession with his work, his preoccupation with film and sound, is something that not only fails to give him any solace but, in the end, truly damns him. 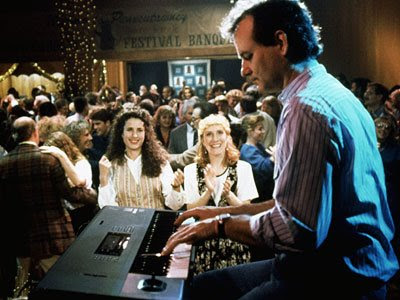 The tale of Pittsburgh weatherman Phil Connors (Bill Murray) inexplicably consigned by the universe to live the same day over and over (and over) until he ditches his smugness and self-centeredness is an illustration of something I like to hope is true - that one can be a total shit but be redeemed, if given enough time. The amount of time that Phil has is more than any of us will ever have to work with but the fact that he ultimately gets life right - even just for one day - is still encouraging. 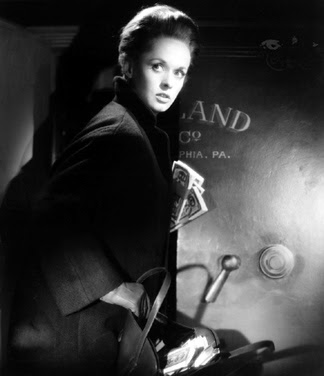 What a wonderful mess Marnie is. A woman who tries to commit suicide while on her honeymoon rather than endure another forced sexual encounter with her new husband is certainly a gal worth chasing. Hostile, man-hating, sexually frigid, and a compulsive thief to boot - Marnie is my favorite Hitchcock heroine and Tippi Hendren's portrayal of this complex woman is sorely underrated. I especially appreciate how Marnie's neuroses aren't tempered to make the character more accessible or endearing. Even though she comes to an understanding of herself by the end, I don't believe that she will be able to change - for Sean Connery's character of Mark Rutland to continue to love her is to accept her on her own terms or not at all. 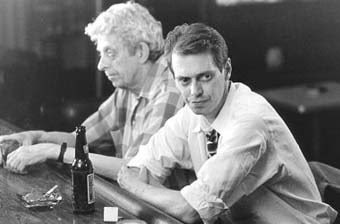 In his writing and directing debut, Steve Buscemi penned himself a great part to play (reportedly semi-autobiographical) in the form of a thirty one-year-old neighborhood drunk who's life is in a perpetual spiral. Tommy is such a note-perfect creation - an all-too-true to life portrait of a loser - that the movie is often hard to watch. But I find it to be one of the best portrayals of an alcoholic ever. 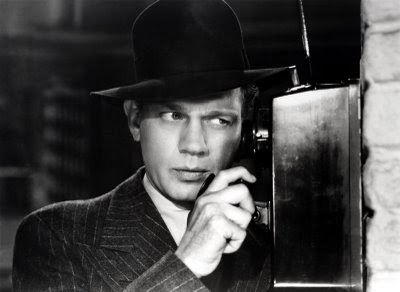 As the so-called Merry Widow Murderer, I think the classic Hitchcock villain Uncle Charlie (Joseph Cotton) is arguably the best of the many 'likable' serial killers that have populated the movies over the years. He's reprehensibly evil but yet his deep-rooted nihilism ("The world's a hell. What does it matter what happens in it?") is hard to refute. When I first saw Shadow of a Doubt on TV as a kid, I remember being taken back by the scene where Uncle Charlie takes his young and adoring niece (Teresa Wright) to a smokey bar and lays out his bilious take on life. The doubt of the title may be about his niece's growing suspicions about her Uncle but for me, I think it's about the doubt that life may really be as awful as Uncle Charlie sees it. And once you have that kind of doubt, it never quite goes away. 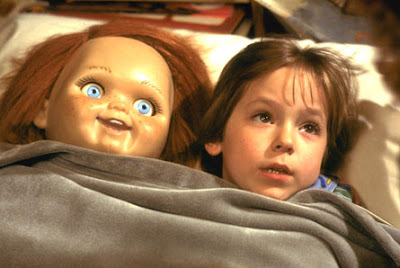 Yes, I know there's plenty of characters in movie history that ought to out rank Chucky on this list, or out rank him on a list of top hundred movie characters but damn it, I love that bastard hunk of plastic. In tandem with the expert FX used to bring Chucky to life, Brad Dourif's voice work over the five Chucky films to date has been a rainbow of rage.

That's my list. Had it gone to eleven, maybe Capt. Rhodes from Day of the Dead might've made it ("...Choke on 'em!"), or Rocky Balboa, or Jeffrey Franken from Frankenhooker. Or this guy: 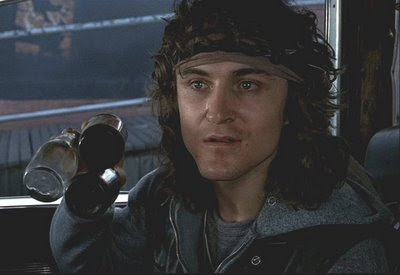 One character that would've, but didn't, make the cut because I thought it was a cheat to include a real person is Harvey Pekar of American Splendor (2003).

Having posted my picks, in turn I'm supposed to request five other bloggers to add to the meme themselves but I'm gonna respectfully break rank and put it out there like this - if anyone decides they want to compile their own list, give me a heads-up when you post your picks and I'll link back to you.

I had a great time putting this together so thanks again to Film Father for thinking of me.

Great list, Jeff. Glad you had fun creating it. Some random, immediate thoughts:

* An inspired pick in Father Karras. He is truly more complex than given credit for. And am I the only one who geeks out at the end when he loses his shit and starts pummeling Regan/Satan?

* Snake Plissken stole my inner 12-year-old's heart, too -- a great antihero to watch and root for. As I got older, Escape from NY has gone from favorite film to guilty pleasure, but either way I still love watching Snake in action.

* I need to stop skipping over Shadow of a Doubt when it comes on Turner Classic Movies. Thank you for selling me on it without giving too much away.

Cool, I'm glad you liked my picks! I really enjoyed brainstorming this list - over the last few days my wife and I have been trading character names back on forth so it was a good time, for sure.

Great list! Lists are always a lot of fun to put together.

Love the Groundhog Day pick especially, though I would find it VERY difficult to pick just one favorite Bill Murray role...he has had soo many great ones over the years.

Yeah, great Bill Murray characters could fill a list by themselves. Herman Blume from Rushmore is one I could've gone with and I love Ernie McCracken from Kingpin.

Great List Jeff! I'm really happy to see Rynn Jacobs ranked so high. TLGWLDTL had a huge impact on me as a kid too and I think I watch it about once a year (usually around Halloween). I also love your assessment of Father Karras. His awareness of his own weaknesses and limitations is something you never see in film anymore. He's an extraordinary character and nobody could have played him as believably or with as much soul as Jason Miller.-Unk L

Thanks, Unk! I'm guessing we're around the same age so I'm not surprised that you have the same fondness for Rynn. She was definitely a character who had no precedent at the time that I can think of. As for Father Karras, there's not a false note to that character - brilliantly written and acted.

That was a very nice TLGWLDTL review, thanks. For more information about this great movie visit my blog rynnjacobs.blogspot.com