All Fur One And One Fur All 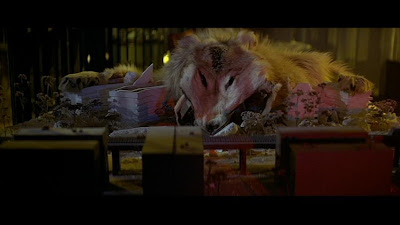 As part of the Summer Shocks retrospective running over at Shock Till You Drop, managing editor Ryan Turek has taken a look back at the often-neglected Wolfen (1981). Having the misfortune of coming out the same year that The Howling and An American Werewolf in London raised the bar for werewolf cinema, Wolfen looked awfully weak, what with no transformation FX to give it that competitive edge. Nowadays it look like some kind of almost-classic in need of rediscovery, a horror film of rare adult character. It also carries an eerie foreshadowing of our post-9/11 age. It's haunting to listen to characters in this New York City-set film (this is one of the greatest NYC movies ever shot, by the way) discussing the threat of global terrorism with frequent shots of the Twin Towers dominating the skyline. 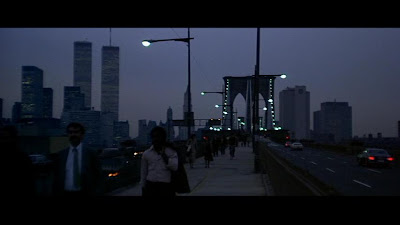 It's fitting that Wolfen is about shape-shifters as it's an altogether different animal from most horror films. Director Michael Wadleigh came up with something compelling and it shows. Unfortunately, it just wasn't immediately obvious to most audiences at the time. 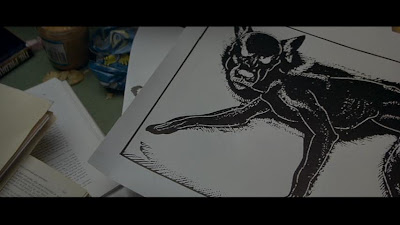 Just watched this last week & wrote a review for our site to be posted in the next few weeks. What a totally weird movie -- it tries so hard to be serious & a dramatic showcase for the kind-of-Oscar-y cast...but it's hard to take a movie seriously that gives us Edward James Olmos running around naked on a beach while acting like an animal on crack. Anyway, it does at least spare us bad makeup & men in wolf suits...which can't be said for many others in the werewolf canon.
-Billy

Yeah, this avoids some pitfalls of the werewolf genre but gets into some other ones. Still, I think Wolfen does more right than it does wrong.

Would have loved to have heard the commentary that Wadleigh and Gregory Hines did for the DVD (which got pulled from the disc at the last minute) - suspect that they went into detail about the last minute shooting of the ending (by director John Hancock) and it made the legal department very nervous.

I'd love to hear that commentary, too! I had no idea it even existed! It's also news to me that John Hancock was involved in Wolfen at all. Thanks for the cool info!

A very small bit on the production history:

Thanks for the link - I'll check it out!