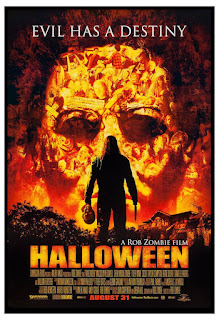 Remaking Halloween is an idea that came one film too late for the series. Starting over after H20 would have made much more sense rather than trying to carry on. Still, in 2002 the idea of remaking Halloween would have likely been greeted as heresy. Remakes of movies from the olden times of the '50s or '60s, fans were cool with that. But to start remaking the iconic fright films of the '70s? No way.

That just wasn't going to happen.

As the '00's went on, and horror exploded in the wake of films like Saw and Hostel with a renewed emphasis on the kind of hardcore, visceral thrills that defined much of  '70s horror, suddenly once unthinkable remakes of everything from Dawn of the Dead to The Texas Chain Saw Massacre to The Hills Have Eyes became a reality.

Once that dam burst, it was inevitable that the next step in reviving the Halloween franchise would be to reboot it. I forget what my reaction was to hearing that Rob Zombie would be directing the new movie. At that point, he had directed only House of 1,000 Corpses, which I absolutely hated, and The Devil's Rejects, which I thought was much better, even if it wasn't really my thing. If nothing else, Zombie was definitely a choice in perfect tune with where the genre was then. House, along with Cabin Fever and Wrong Turn, was one of the first films to start the trend towards a return to '70s style horror.

But how would this guy handle a retelling of Halloween, a model of classic suspense? The answer is that he would just make it entirely in his own fashion and fuck it with even trying to ape Carpenter.

Even though this is not that old, watching this trailer, it feels further in the past to me than Resurrection from '02 does. Maybe it's just that the style of horror from the mid to late '00s was so specific to that era that it's strange to revisit it and be reminded of that vibe. 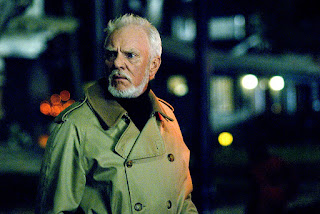 From the trailer, seeing Malcolm McDowell in action as Loomis, it's clear - as if anyone could doubt it - that casting him in that role was a killer move. You can't better Pleasance, no, but if you've got to go with a second choice, McDowell is perfect. Even in '78 he would have been great.

As for Tyler Mane as Michael, well, I say it's a very on brand choice. Of course Zombie would cast Michael as a hulking monster. Nothing about Michael has ever been about his size. Here, though, it looks like he could stride through a cement wall without missing a step.

When you see him holding a knife, it's laughable. It looks like a toy in his giant mitt. If you ever saw this guy coming at you, the knife would be the last thing you'd worry about. 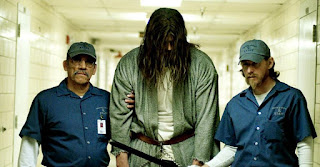 From the trailer there is also the reveal that even in this rebooted reality, Michael and Laurie are siblings. Why you wouldn't get away from that, given the opportunity, I don't know. Zombie has claimed that he came up with this idea independently, not remembering or knowing it had been introduced in Halloween II but I call bullshit. 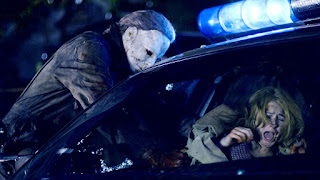 It's like Zombie wanted everyone to know that he was too cool to have the slightest awareness of what happened in any of the other lame Halloweens and yet here he was repeating the hackiest mistake of the sequels. Completely under his own inspiration, apparently. But whatever. 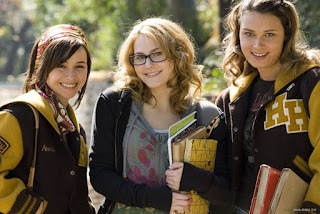 Also, I had forgotten the Halloweens were still summer releases at this point. Of all the dumb moves that Dimension Films made with Halloween, putting them out in the summer might be the dumbest.

Call me crazy but when Halloween is in your title and your movie takes place on Halloween, just put the movie out in October. Not September, not November, and certainly not in fucking August. 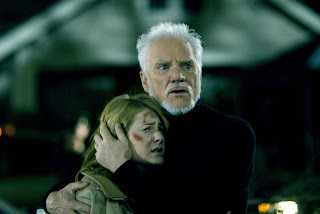 For what it's worth, I believe the case can be made that this is the best Halloween to come from the franchise's Dimension Films years.

As that's a group that also includes Curse and Resurrection, that might not be high praise but I do think this is a solid movie in its own right, even if it feels more like a curious snapshot of its particular era rather than a film that has endured beyond it. If Texas Chain Saw were to go trick or treating dressed as Halloween, this would be it. 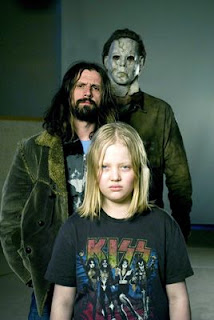