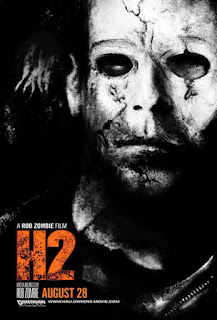 In 2009, the good times kept rolling with Rob Zombie's sequel to his successful 2007 Halloween reboot. Unhappy Childhood Michael was back and looking to bring the pain again. Everything seemed to be in place for another hit. But it turned out Rob Zombie had other plans.

In the franchise's cursed tradition of taking one step up, two steps back, Zombie's Halloween II - or H2 - delivered the latest death blow to the series with a sadistic, psychedelic installment that served as a turn off to many who had enjoyed his first Halloween.

The producers had clearly kept a firm hand on Zombie during the remake but when they gave him the sequel, they let him loose.

Whether that was wise or just another example of the kind of self-sabotage that has always plagued the franchise, is up to individual viewers to decide.

Let's take a look at the trailer and see what was supposed to hype us:

Watching at this trailer for the first time since the theaters, this looks to me like the clear tail end of that particular era of horror. 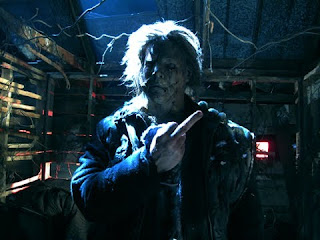 Hardcore suffering was the order of the day back then, a long ugly streak that started in 2003. But by 2009, I think the appetite for that was finally starting to wane. After awhile, enough is enough. 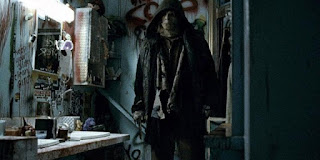 Zombie's first Halloween was certainly no walk in the park but H2 looked to be an even nastier, more ponderously grim affair. Is that what people wanted? Guess not. I know I wasn't excited for it. 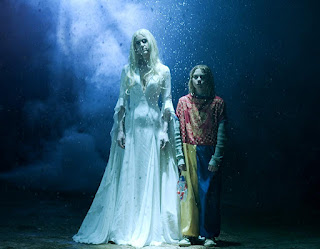 My main issue with H2 is tied in with why Zombie's first Halloween wasn't for me - I'm not down with the idea of Michael Myers just being a dude who was shaped by a shitty childhood to grow into a psycho.

If there isn't a supernatural component to Halloween, I don't care.

Jason as just some backwoods psycho who's just hard to kill? Sure. I arguably prefer that version to Zombie Jason. But Michael? Always gotta be supernatural. It doesn't have to go into Druids and Cult of Thorn territory. You can even keep the Samhain shit. But he has to be a true boogeyman. 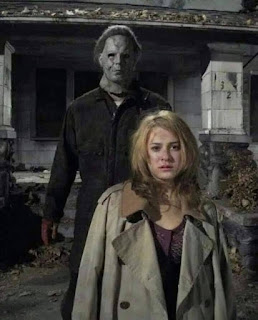 The promise that in this second Zombie Halloween entry "the secret behind (Michael's) madness will finally be revealed" was not enough to compel many audiences to check this out. For a guy who had the opportunity to break free of all the shit that had hindered the other sequels, Zombie sure was happy to repeat those previous mistakes.

Making Michael and Laurie siblings? Check. Try to explain Michael's motivations? Check. Stylistic choices aside, there was not much thinking outside the box in Zombie's entries. And in the end, after just two movies, the franchise was once again looking for a re-do. 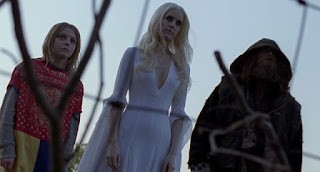 This sequel definitely has a fanbase, though. Maybe one that's separate even from Zombie's first Halloween. There's something about the trashy trippiness of H2 that really works for some people.

Knowing how so many like it is almost enough to make me want to give it another try but nah. I'm cool that others found something to love about it. Not every movie, not even every Halloween movie, has to be for me.

On the upside, everyone can agree this did have a cool horse in it. 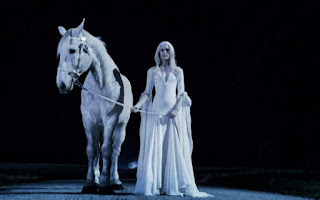