An Evening With Edgar Allen Poe 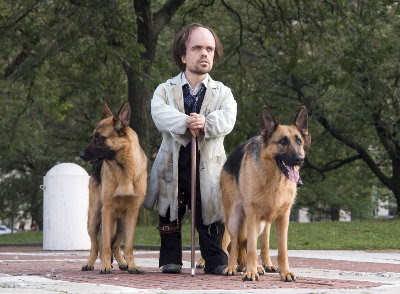 While visiting my son's five-year-old cousin in the hospital recently (don't worry, she's already back home and doing fine), the Underdog film from last year was on the TV in her room. I hadn't seen the film at all as my son hadn't expressed an interest in it and a live-action Underdog just wasn't for me. But in watching it, my attention was drawn to Peter Dinklage as the evil Simon Barsinister. As I was shaking my head at the fact that this role was so unworthy of his talent (by the way, Jim Belushi's role is exactly worthy of his talent so that tells you just how dismal a movie it was), Dinklage's look in this film jogged something my mind: the high forehead, the straggly hair, the dark, sunken eyes. And then it hit me hard: this man needs to play Edgar Allen Poe! 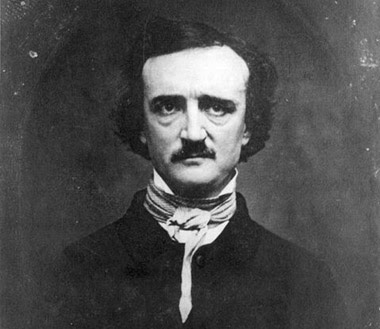 .
Yes, there's the obvious height issue but so what? Does anyone really know how tall Poe was, honestly? And while a movie would be sweet, I think a traveling one-man play would really be the way to go. If Hal Holbrook could be so venerated for playing Mark Twain, imagine what Dinklage could do for Poe. Just send him on the road in An Evening with Edgar Allen Poe and you'd have lines around the block. 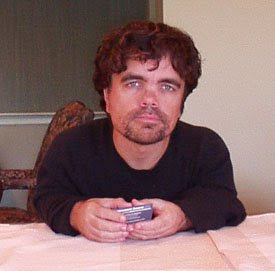 Although this might seem like an unconventional choice, I almost think I couldn't possibly be the first person to suggest it. And if I am, damn it, I hope I won't be the last!

Interesting idea...
I know I'd be up for such a thing... I'd imagine Poe had plenty of correspondence and such to draw his character from.
Maybe it could all be a series of vignettes from his life... passing through his head as he lies dying... somehow that seems fitting for Poe.