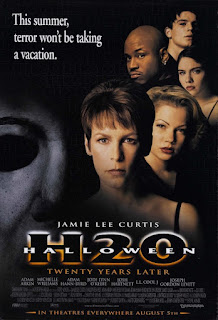 With horror franchises, there's always another chance to get it right. Even if those chances are continually, routinely squandered they're still there. So just because the Dimension Films era for Halloween got off to a less than spectacular start with Curse of Michael Myers, it didn't mean that the franchise couldn't thrive under their banner. It wasn't time to give up. No, it was just time for another sequel and this time it was going to be everything the fans were clamoring for!

After all, since Curse's release, Dimension had re-ignited the horror genre with the success of Scream in 1996. Horror, specifically teen slashers, was hot again so the prospects for a new Halloween were looking considerably better than they had when Curse came out.

Scream screenwriter Kevin Williamson had a hand in developing the script for H20, reliable genre director Steve Miner was behind the camera, and Jamie Lee Curtis was making her big return to the series. Halloween was going to celebrate its twentieth anniversary by staging a major comeback. Or at least that's how it looked on paper.

In reality, when H20 was released in August of '98, it was something of a dud. Yes, it did great business but the movie itself was a pretty limp affair.

But to look at the trailer, you would have never believed that:

The classic Halloween vibes are strong here! Despite the fact that within the course of this trailer, Michael wears about three different masks and the design on all of them raises a concerned eyebrow, this just looks like a Halloween movie that's going to fire on all cylinders.

It looks fun, right down to the cameo from Janet Leigh. Whenever I watch this trailer, it makes me want to watch H20 again and give it another chance. But I've done that enough times to know that I always just end up remembering what a letdown this movie is.

I wouldn't say that H20 is the bottom of the barrel but it isn't good, either. If anything, I prefer some of the crummier Halloween's to this just because they have a little more energy and quirkiness to them. They're legit junk, occasionally interesting for their flaws, rather than just being a dull, straight down the middle entry like H20. 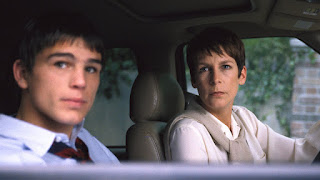 The most notable aspect of H20 is not just that Jamie Lee Curtis is back but that her return triggered the first of the franchise's do overs. While H20 was conceived with the initial idea of keeping the previous films in continuity, in the end it was meant to be regarded as a direct sequel to Halloween II, with the events of 4, 5, and 6 having never happened. After H20, whenever the series reached a dead end, rather than course correct within continuity, the storylines of the previous films would be scrapped in favor of a fresh start. 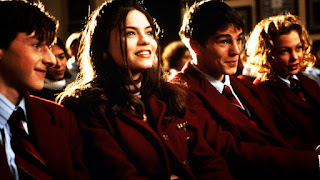 4 had been a back to basics movie but it had continued with the established continuity. Here, seven movies in - or technically six Myers-themed movies in - it was deemed easier, and just plain wiser, to abandon the convoluted mythology that the Thorn Trilogy had created and get back to a streamlined Halloween experience.

You had Michael, you had Laurie, you had a group of teens to be terrorized. Done. Cue the Halloween theme. Somehow, though, freeing the franchise of its accumulated baggage didn't make H20 a better film. 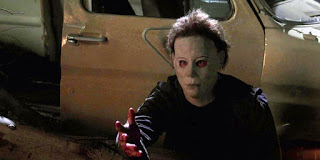 H20's big moment, of course, is the shocking finality of Laurie and Michael's climatic confrontation. Boogeyman or no, it's hard to come back after a decapitation. Any genre fan, though, could have told you as soon as the credits rolled on H20 that there was no way they were going to just leave it at that. More resilient than the boogeyman is the golden goose. Many may roll their eyes at the cynicism of filming such a definitive end while having zero intention of letting it stand but I'm fine with it. I mean, come on. These things never just end.

Had H20 been better, I might have been more irate at undoing its most memorable moment but as it stands I would not have wanted this to be the end of Michael. He deserved a better final bow than to limp his way through a banal, late '90s teen slasher. A banal, late '80s teen slasher, on the other hand? Well, speaking for myself, that might have been more acceptable. Either way, I think we all know that the best way to avoid a disappointing end for Michael is if he never dies. 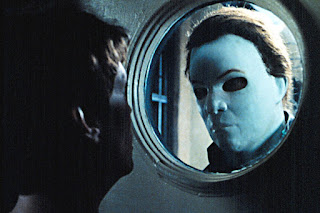 I like H20. I enjoy the vibe of the film, and the look at a 20 years on Laurie. If there had to be a final film, for a continuity, I wish this was that and that Resurrection didn't exist to spoil it.

I agree that this should have been the end of this continuity, forming a trilogy with I and II. The next step should have been either a reboot or some other rebirth of evil. If H20 had been allowed to stand as the finale that it was presented to be, I might have warmed up to it more over time. I know most fans like H20 just fine - some even rank it as one of the best of the sequels - but it's just never done it for me.